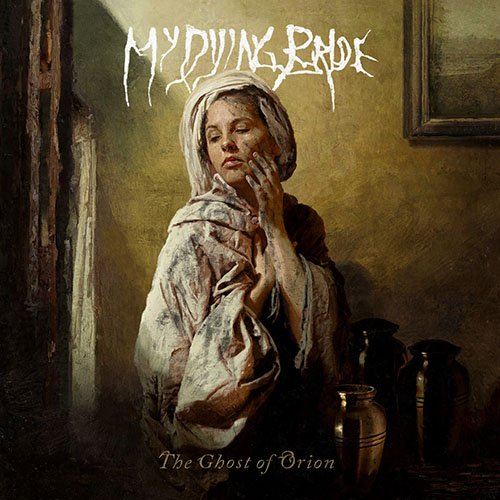 Three decades of misery and sorrow have already been completed for MY DYING BRIDE from England and around 5 years ago, they almost felt in their veins everything they stood for when they literally disbanded after the release of the previous album “Feel the misery” when the lead singer’s Aaron Stainthorpe 9 year old daughter was diagnosed with cancer. Fortunately, all went well and in 2018 the bands reassembly begun and as a result now, 2 years later, the new 14th album is finally out from the well-known German label, the first one not on UK’s Peaceville Records.

The album was completely composed by the guitarist, also founding member Andrew Craighan without anybody’s help since Aaron was completely focued on helping his daughter to her big battle while all other members were absent and doing other kinds of stuff.

Musically now, there are almost no surprises here, especially after the last few years events, it was more than obvious that a new record would overflow with sorrow, despair and melancholy. There are quite a few classic MDB tracks here, like “Your Broken Shore” which opens very emphatically, then the following two, “To Outlive the Gods” and “Tired of Tears” plus the self-titled track (obviously) are leaving their clear mark as they spread out from the speakers. However, there are some experiments tried out here. The completely atmospheric tune “The Solace” with Lindy Fay Hella’s (WARDRUNA) ethereal vocals nailing it, a completely funeral tune called “The Long Black Land” , the slightly modern (for MDB of course) “ The Old Earth” and the closing track “Your Woven Shore” give us in all a record that in a few words can be described as just what our times command.

A classic MYDYING BRIDE album, being the result of the many harsh situation the band went through the last few years, powered by the strength and musical genius of Andrew Craighan basically but also Aaron Stainthorpe too, who were inspired gave  us once again an hymn to sorrow and pessimism, the ideal soundtrack to accompany us on these hard times we face the last couple of months, and who knows for how long, both biologically and mentally.

Marilyn Manson – We Are Chaos