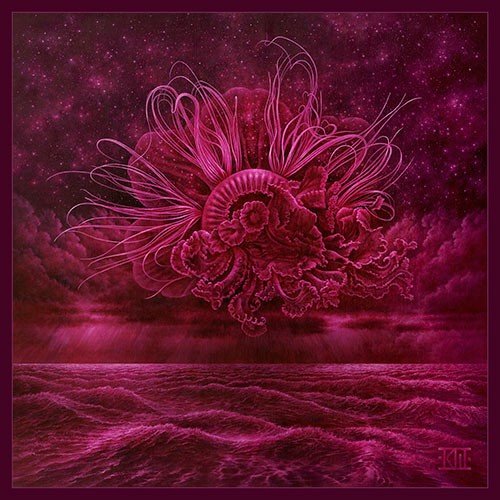 IN MOURNING, these five guys from Sweden, were formed in the beginning of the millennium. Τhey tried to play Gothic Metal for almost ten years until the release of “Monolith” in 2010, where they started to integrate melodic and progressive Death Metal elements. Since then, they evolved their music enriching it with OPETH’s elements from the “Blackwater Park” era. The truth is that when I heard their previous record “Aftergow” it failed to grab my attention, so it passed by quickly.

Whoever doesn’t t know how IN MOURNING sound, I would say that they play a mix of progressive Death Metal with clear references to INSOMNIUM and for sure OPETH, with some Post/Alternative yet Doom elements. The labels we put in order to describe a band or albums are necessary for a man to find his way through music genres, but they can also distract him. When I heard for the first time “The Garden Of Storms”, the term “EXTOL’s minor league” came first to my mind. Repeating the listening session for several more times I realized that things weren’t exactly the same. The opening song “Black Storm” sounds a lot like OPETH “My Arm, Your Hearse” era plus the latest DARK TRANQUILITY release, “Atoma” ,which is not bad at all and in “Tribunal Suns” you will find some old KATATONIA as well. The closing track will leave us with grief and a melancholic feeling as the torn up vocals by the singer/guitarist Tobias Netzell mix with slow, almost doomy riffs and solid rhythm section.  There are also songs as “Magenta Ritual” and “Yields Of Sand” with changes between hard and soft moments and clear rock/alternative vocals, while “Huntress Moon” is the most intense and dynamic synthesis with  tempo changes and staccato riffs. “Garden Of Storms” is the third part of the trilogy, which began in 2012 with “The Weight Of Oceans” and continued in 2016 with “Afterglow”.

A very interesting and remarkable trivia about these Swedish guys from Falun (A former industrial town with copper mine and mining areas, who from 2001 were added to the list  of world heritage sites by UNESCO) is that despite their almost 20 years of career, they have released five equal good records. In terms of football, IN MOURNING is consisted of good and honest players that you expect them to play always for 6/10 or 7/10. IN MOURNING by playing an interesting progressive Death Metal try hard to make a further step to the career and reach the first league, something that I hope for them to achieve.