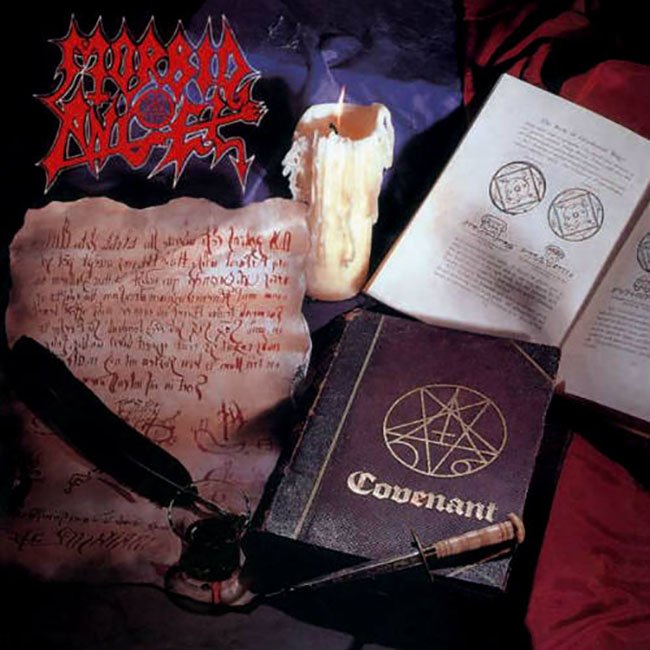 Finally the lords of the barbaric Death are back and it’s time for the poor guys declaring that they play “faster and harder than everyone” to hide. Lately, there is a trend among several fans of Death (who turned out to be pseudo-ideologists, fans and experts of the underground scene) to blame MORBID ANGEL as sold and traitors. All this is literally bullshit for naive.

MORBID ANGEL are pioneers of the Florida stage and global Death movement, have affected hundreds of bands of this kind, still play wild, hard and  incompatible. The fact is that they are so successful (compared to other Death bands) due to the integrity of their music. WHAT THEY PLAY, THEY PLAY IT RIGHT. MORBID ANGEL are musicians, not just a bunch of jerks pretending to be wild. And you know, in order to play Death Metal right – as cruel and barbaric it might be – requires some music skills, as every kind of music of course (skill criterion vary depending to the kind of music). Of course, I can’t deny that they have been promoted enough, but for sure, they deserve it more than others.

The proof to all above is “Covenant”, the fourth LP of the band. In this album MORBID ANGEL appears to be a three person band, after the guitarist Richard Brunelle left. This didn’t affect the sound of the band, since the main responsible for that is Trey Azagthoth. Without reservations I can say that “Covenant” is one of the top Death Metal releases of the year. The sound of the album is between “Altars Of Madness” and “Blessed Are The Sick”. There are many fast songs (with the usual grind blasts) but also slow, “doomy” and heavy ones. You can hear Pete Sandoval’s drums better than ever – the man gives a recital. The bass combines perfectly with them, while the guitars are totally possessed (remind someway those of “Blessed…”). As for the vocals, what can anyone say… Dave Vincent is one of the top “vocalists” of Death Metal, but in this album the will vocals tear your soul! The production of the album is result of cooperation between MORBIT ANGEL and Flemming Rasmussen (Metallica) and the sound of the band has certainly been excellently performed. In general, “Covenant” is considered necessary to buy for the fans of Death Metal. The rest of you….it’s your problem …

P.S. The initial publication of this review was in the Greek METAL HAMMER Magazine – issue 104, September 1993

The Ruins Of Beverast – The Thule Grimoires