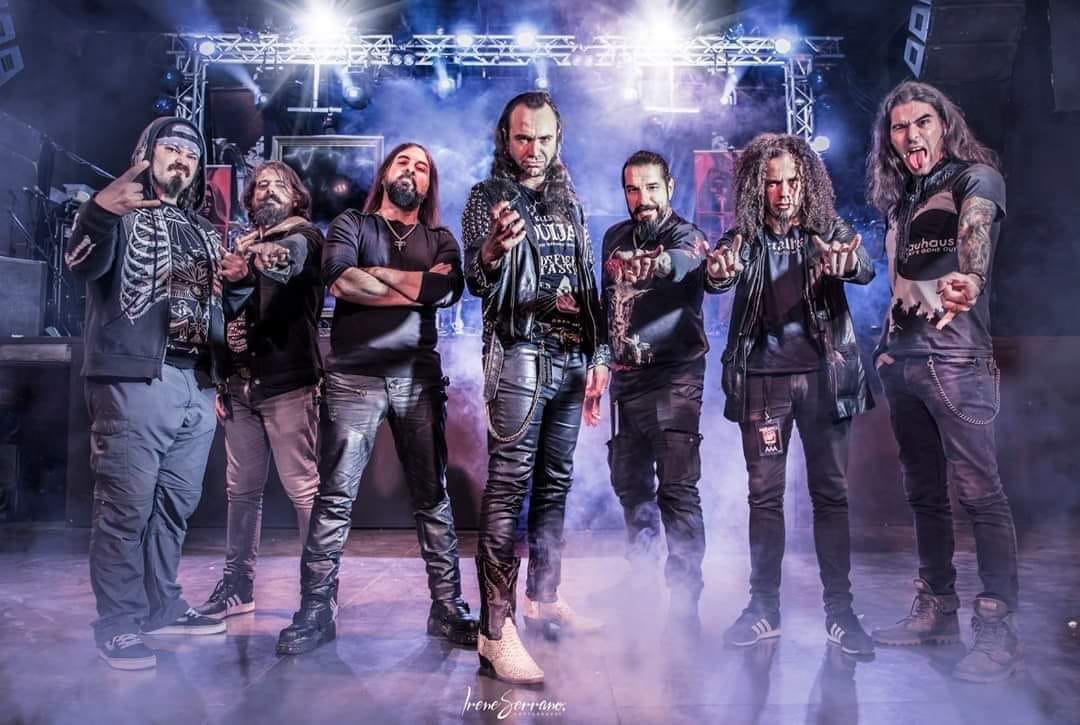 This text was written on the occasion of the much-anticipated event, which wanted the two bands sharing the stage last January. Due to some unfortunate events, that never happened. However, the parallel lives of the two bands is a story based on true facts… after all, both bands are still active, and so the hope remains, anything is likely to happen in the foreseeable future…

Through the years, the two legendary bands have developed some unbreakable, interwoven bonds. Either through a common record company (Century Media) or through the strong personal friendship between Sakis and Fernando. They have played together countless times, have had and shared a music record career for the last 25 years and have never deviated from their beliefs. One followed the spiritualistic folk black metal path, while the other the gothic / metal one, but both remained on the “darker” side of their choices. The have both, rightfully, won the hearts of the metal community.

Highlights of their common path:

The early 90’s signaled the start for both bands, to be precise 1993, when ROTTING CHRIST released “Thy Mighty Contract”, (we had the honor to hear more than enough of this album on January 26th of this year)

But the decisive moments for the artistic and commercial recognition of both bands would be cast in stone during the “golden” five years between 1994-1999, with albums that could only be described as “crown jewels”. So, in the mid 90’s we will find the monumental and “emblematic” “Non Serviam”, “Triarchy Of The Lost Lovers”, “A Dead Poem” and “Sleep Of The Angels” as magnus opus by ROTTING CHRIST.

In my humble opinion those where the years they had their best lineup.

On the other hand, MOONSPELL were giving lessons on how to play the finest dark / gothic metal of all time. Enter the “Wolfheart”, with the superhit “Vampiria”,

as well as the “crimson”, like a blood moon, “Irreligious” – a landmark album for the Portuguese, which I personally think, they will never surpass. Some exceptional songs we can find here are “Opium”, “Fool Moon Madness”, “Mephisto” and “Ruin And Misery”, which we will have the privilege to enjoy on Sunday the 26th of the month.

From this album onwards, MOONSPELL have been constantly raising the bar with impeccable, but “weird”, releases, enriched with many electronic components, such as “Sin / Pecado” and “Butterfly Effect”, but unfortunately not exceeding themselves, unable to deliver another masterpiece equivalent to “Irreligious”.

Looking back in time, throughout the next decade, there seemed to be an artistic stalemate and declination for both of the Mediterranean bands, however they never gave up spirit and continued to release new albums, even in their darkest days.

The new turning point came did not take long to come, the revival and the verification of the motto: “NON SERVIAM”. The year 2013 was a year of rebirth and inspirational spring! Our favourite ROTTING CHRIST, unleash the masterpiece «Κατά Τον Δαίμονα Εαυτού» upon the unsuspected world, with the self-titled track ever present in the live tracklists ever since. MOONSPELL had a breakthrough a year earlier, with the stormy and reminiscent of  SISTERS OF MERCY , “Alpha Noir”.

Since then, both bands have made a comeback, heavier than ever, and continue to offer dark metal ambient work of the highest quality, every couple of years, until the end of the decade. And we, for our part, can only wish that the new decade will continue in the same manner, and they will both amaze us with remarkable albums!