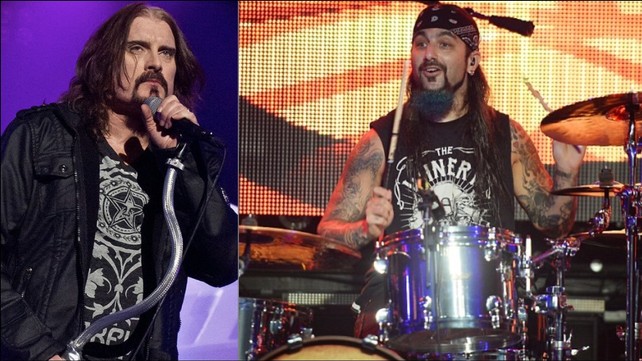 Mike Portnoy has described the vocals in DREAM THEATER as being “annoying.”

The ex-DREAM THEATER drummer made the comment during an appearance on the Brazilian radio show “Bem Que Se Kiss” (via Rádio Kiss FM 92,5) which was live streamed via the program’s Facebook page.

Portnoy and the show’s host were discussing fans rushing the stage during concerts when the host apparently said that the fans’ “intention was good,” before adding, “But the problem is the language.” Possibly misunderstanding the host’s comment as a reference to Portnoy’s instrumental project LIQUID TENSION EXPERIMENT, the drummer responded: “But that’s what made it good. [It was] like DREAM THEATER without annoying vocals. It was perfect.”

After everyone in the room started laughing, Portnoy added: “But we’re not on the air, right?” To which the host responded: “Yes, we are, actually.” Mike then went on to say: “Are we?” and cracked up laughing.

PRONG To Release “Age Of Defiance EP” In November