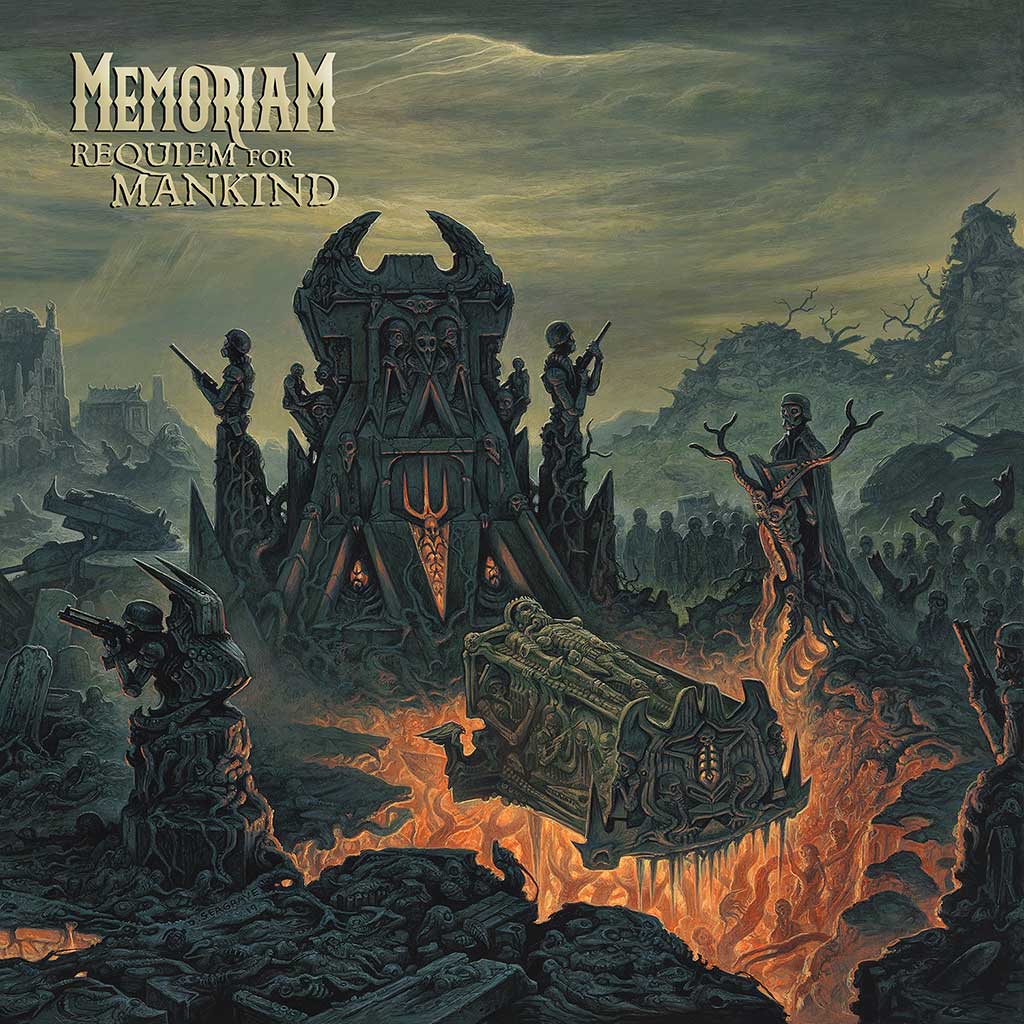 Here is the new third already album from UK’s Death Metallers MEMORIAM. Nowadays, it’s not very common for a band to release a new album every year but, as it seems, in this case the band is very creative, so here we are listening to “Requiem For Mankind”. For those of you who don’t know MEMORIAM, the band was created by the ex- BOLT THROWER vocalist Karl Willets with the (also ex-BOLT THROWER) drummer Andy Whale and the ex- BENEDICTION bassist Frank Healy and guitarist Scott Fairfax, who decided to continue from where their previous bands stopped.

So, while in the first two albums the doomy atmosphere and the seeking for a new identity is everywhere, one reason for MEMORIAM’s creation was to honor the fallen BOLT THROWER drummer Martin Kearns, it his new release we realize that the time has come for the band to move forward and try to leave their roots and legacy behind, if this is possible of course.

Obviously, the influences from the members past cannot just disappear but now the band evolves and grows up. “Shellshock” and “Undefeated” which open the album are quite “in your face”, no unnecessary intros and stuff here, just 5 seconds are enough for the classic European style Death Metal of MEMORIAM to spread from your speakers! “Never The Victim” is more mid tempo with some outbursts like “Austerity Kills” (this sounds more BOLT THROWER-ish) while “In The Midst Of Desolation” goes dark and doomy at first, goes fast in the chorus and then comes back. “Refused To Be Led” goes on in the same way and “The Veteran” I’d say is the weak moment here.  The self titled track that follows is a classic Death Metal track with nice rhythm and guitars, well played, headbaning approved (!!!), like the next one “Fixed Bayonets”. The album closes with “Interment” which is actually an instrumental outro, I am pretty sure the band will use it at the end of their shows when its time to go backstage.

All in all, here we have a very good quality Death Metal album from experienced members that you definitely have to check out! it will sure be one of the top releases of the year!

Avatarium – The Fire I Long For