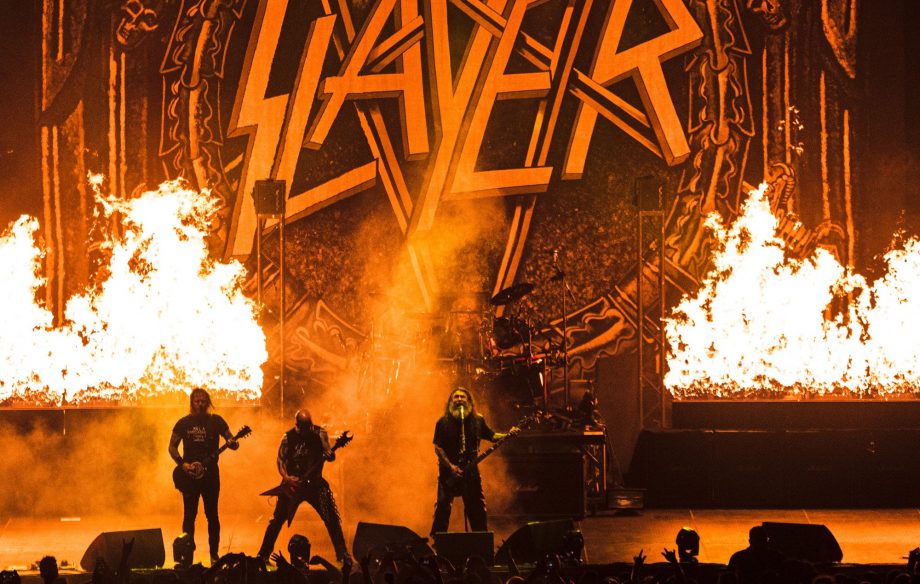 In a new interview with Slayer manager Rick Sales said that the thrash legend’s decision to stop touring “doesn’t mean the end of the band. It’s just the end of touring. I always thought of it as, ‘you go out on top,’” he says. “They made that decision. They’re not milking it. From that standpoint, I get it and they made the right choice.”

“I’m really lucky to work with guys who are my friends. Nobody’s done what they’ve done,” he adds. “And the team’s been together a long time. The agents. The publicists. Several of the crew members have been with the team for a long time. Not many groups have lasted this long. For me, it’s bittersweet, but I’m honored to be involved.”

Kristen Mulderig, who works with Rick Sales Entertainment Group, recently said that there will still be plenty of SLAYER-related activities even after the band stops performing live.

“We’re in legacy mode,” Mulderig told Pollstar, “which is a lot to do, even though they won’t be making records or on the road. They still have their endorsers, there’s still merch and branding to do — sync licenses and who knows? Maybe coming up with some sort of event that is SLAYER-based. This is all stuff we’re thinking about and talking about. SLAYER lives on, absolutely.”

SLAYER will conclude its final tour with a two-night stand at the Forum in Los Angeles.

TESTAMENT Releases Animated Music Video For “Children Of The Next Level”!