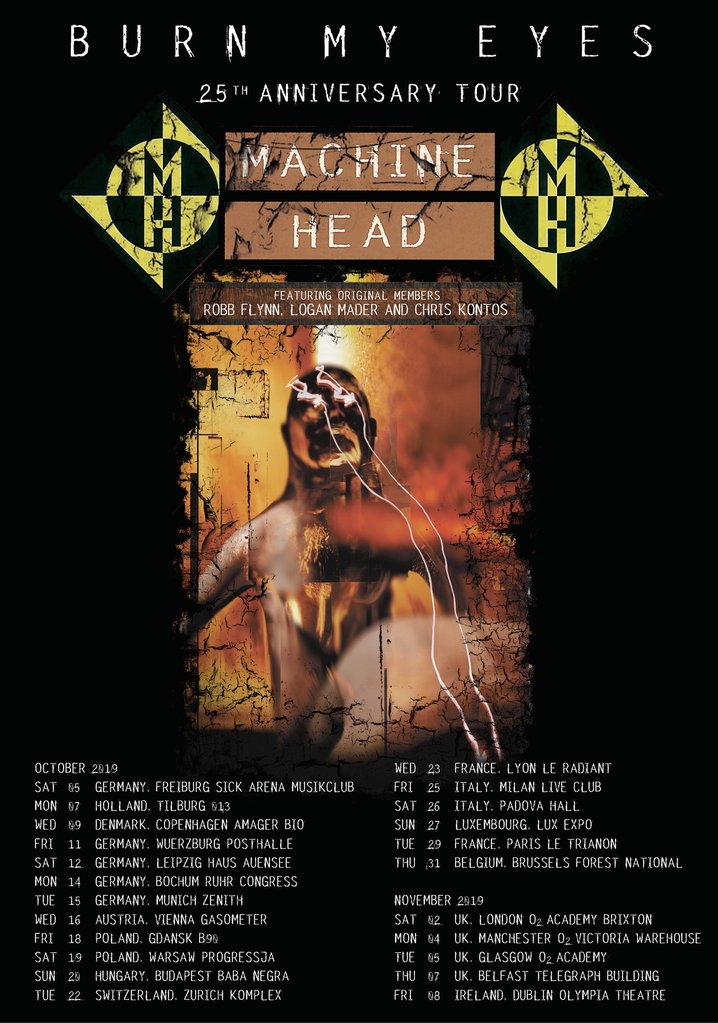 Let Freedom Ring! It is with great excitement that MACHINE HEAD announce the first leg of their 25 Year Anniversary tour for the band’s classic debut, Burn My Eyes. The dates kick off in Germany on October 5th in Freiburg, and continue across Europe and the UK, wrapping in Dublin, Ireland on the 8th of November. The U.S. leg will be announced in due course; those dates are set for November into December as the tour makes its way around the globe.

Building on their wildly popular ‘An Evening With’format, these not-to-be-missed shows will be a three-hour musical extravaganza, comprised of two parts:
Part I – will feature a battery of MACHINE HEAD’s modern classics,such as Imperium, Halo and,The Blood, The Sweat, The Tears.
Part II – will feature the Bay Area band’s classic debut album, ‘Burn My Eyes’ played in its entirety for the first time ever. And if somehow this historical event could not be monumental enough, taking the stage for this part of the set will be ‘Burn My Eyes’era alumni and MACHINE HEAD’s original drummer Chris Kontos and original guitarist, Logan Mader.

AVERSIO HUMANITATIS Reveal New Song “The Presence in the Mist”.