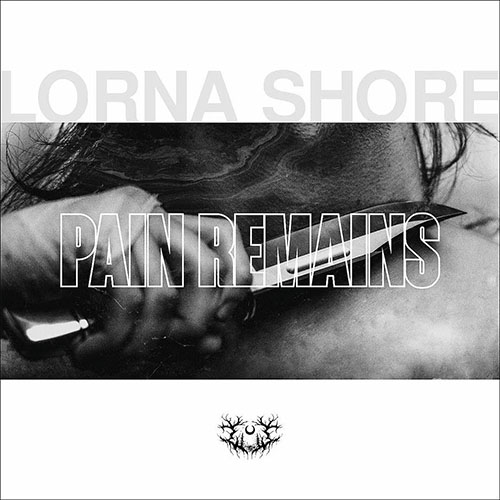 Two years after the release of the amazing “Immortal” the US masters of (symphonic) Deathcore are back with their fourth full-length album, “Pain Remains”. Of course, if you are a fan of Deathcore and LORNA SHORE, specifically, you know that the band was far from silent during these two years of the pandemic. It is not an exaggeration to say that the EP “…And I Return To Nothingness” took not only Deathcore but the broader spectrum of Extreme Metal by storm. Nevertheless, we are here to talk about “Pain Remains” and what is something I could immediately tell from the first hearing is the consistency of the band after so many changes. I am talking about the vocalist William Ramos substituting CJ MacCreery and the addition of the bassist Mike Yager, who is now a permanent member of the band. A band that has been touring for years without a bassist and in its previous album, the guitarist Adam De Micco had recorded the bass.

Musically, “Pain Remains” impresses with the sense of epicness that gives to the listener. The symphonic element plays a dominant role throughout the album from the intro of “Welcome Back, O’ Sleeping Dreamer” until the outro of the closing trilogy “Pain Remains”, for which I will write more specifically later on. I am aware that a lot of people are not fans of the extensive symphonic parts in Death Metal, however, this album has way more to offer, and it definitely does not tire/bore the audience. In “Pain Remains” LORNA SHORE combines perfectly excellent rhythms, technical guitar solos, super-fast drumming, groovy parts that will make you jump up and down, and of course heavy, slow breakdowns that will make you want to push the person next to you (or punch them in the face, although we DO NOT support any form of violence.. at least not outside a moshpit!). Lastly, what can I say about the vocals? I will write about Will in a bit. Generally, “Pain Remains” is a mixture of FLESHGOD APOCALYPSE and SEPTIC FLESH together with CARNIFEX and WHITECHAPEL!

Even though, the album is taken well care of from every member of the band, one should highlight the quality of the guitarist Adam, who is also responsible for the symphonic parts as well as for the amazing solos, the drummer Austin for his furious drumming, and of course the singer Will. This guy, despite looking like a sweet kid (trust me, I was lucky to meet him this summer at the Brutal Assault festival in Czech Republic and he gave me the impression of an amazing guy) he sounds like a 20 years smoking grizzly bear with a cold, when singing. His vocals’ range is insane and obviously he has done his homework as he uses a lot of different techniques to give this amazing performance. It is not by luck that many consider him as the best vocalist in Deathcore at the moment. You can look for his vocal playthrough and cover videos on the internet and decide for yourselves. Regardless, his overall attitude and performance, justifies that the band made the best choice by selecting Will as their new vocalist and frontman. He is just leading the band’s skyrocketing within Extreme Metal.

Lyrically, the album deals with death, depression, suicidal tendencies, and the human feelings in general, but specifically the sorrow and pain that the loss of our beloved ones brings. The latter are expressed mainly through the “Pain Remains” trilogy – “Dancing Like Flames”, “After All I’ve Done, I’ll Disappear”, and “In A Sea Of Fire” – which have also been released as separate video clips resulting altogether to a mini movie. It is amazing how the videos capture the feeling of the lyrics. The combined result is absolutely astonishing. In fact, the moment I am writing these lines, the videos are playing in my other screen, and it truly feels like someone is cutting onions next to me. I do not want to overdo it with my expressions, but I believe this is something bigger. Something that surpasses the limits of Deathcore or even Metal itself. In the end of the review, you will find a link to one of those videos. Watch it carefully, while paying attention to the lyrics.

Finally, I want to comment the album cover. Despite being very simple, it screams with emotions especially considering the title and the lyrics. You will feel it more intensely after watching the video trilogy. Something that of course applies to the whole album. Yes, “Pain Remains” is a Deathcore album but trust me, it is not made only for Deathcore fans. It is epic, brutal, heavy, fast, technical, and many more, however the emotions that this album brings up with its lyrics and videos is the true legacy that LORNA SHORE leaves in the history of metal with “Pain Remains”. As for now, it is time for the band to celebrate the success of the album with extensive US and European tours as headliners. I am certain that from next summer we will see LORNA SHORE playing on the stages of the biggest festivals as one of the main acts. They deserve it to the fullest!

Armored Saint – Punching The Sky (B)