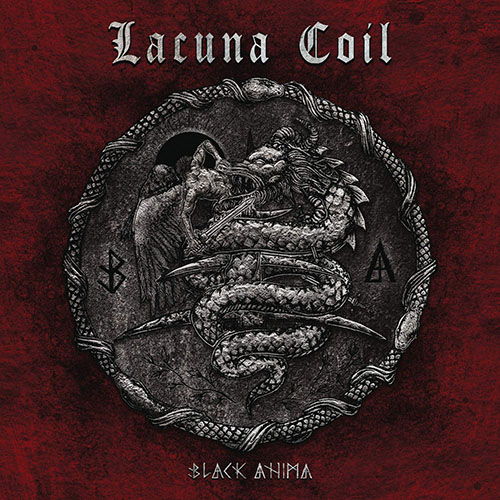 LACUNA COIL started out as one of the most prominent GOTH METAL bands in Italy many years ago. Since then, they have gradually evolved. But this time around, “Black Anima” seem to be adding a lot of new evolutionary elements, many more than ever before. Their ninth full length album will cause dozens of emotions to anyone who listens to it carefully and gives it a good chance: anger, relief, joy, rejoice, aggression, anger.

The Italian Heavy Metallers are probing the human psychosynthesis and are creating a varied sound that you just cannot classify in a particular genre and wouldn’t give it justice if you tried to. The production is awesome: the bass is super deep and heavy where it needs to be, whether it accompanies clear vocals or growls, the sound of the drums is crystal clear, the synths and various other electronic sounds are where they are supposed to be, without overlapping the other instruments or sounds. About vocals in particular, we hear that Christina Scabbia is having a wider range of voice (one big example would be “Veneficium”, but also other tracks) and Andrea Ferro’s growls are quite aggressive, creating alongside Christina’s ethereal voice this 90’s “The Beauty and the Beast” goth feeling, which we deeply miss in 2020.

Every second of the album feels like there’s a purpose for it being there and it’s not just by accident. This album is groovy to the point that it makes you shake your head often, it’s aggressive, it has some more pop / rock moments, but not as a weakness, but as a natural evolution to LACUNA COIL’s sound. It is epic, symphonic, dynamic, has all the necessary well-written refrains. It also contains some more experimental tracks, such as the highly symphonic “Veneficium”, some more psychedelic a-la NEVERMORE riffs, for example in ‘The End Is All I Can See’, or some more pop metal moments

There were two conditions for the Italians to make a good album. First, not to change their sound and secondly, to experiment, but always by respecting the first prerequisite. Few bands can do both, and here LACUNA COIL succeed in doing so and if that’s not enough, they are also being reborn, like a phoenix out of their ashes (if there ever were any). This was an awesome surprise, an album that everyone should check out.