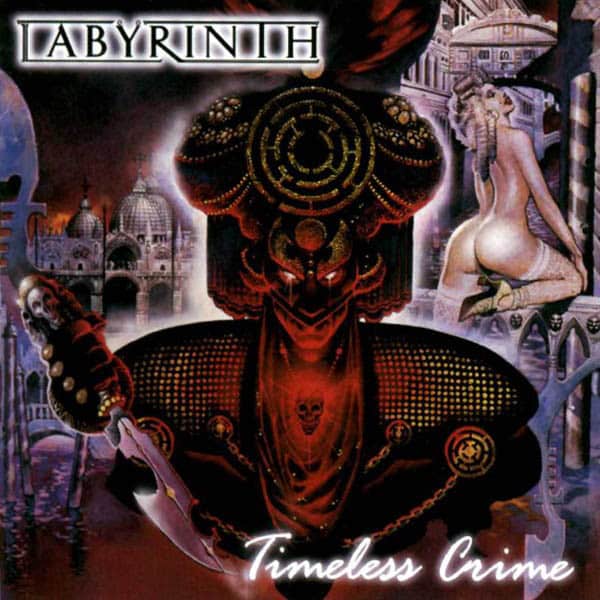 A year has passed since LABYRINTH released the outstanding “Return To Heaven Denied”! Within this time, the band has found a lot of dead ends, one of which was their singer’s Rob Tyrant, departure and his replacement by Morby. However, both sides realized that this divorce could only mean their disbandment. And so, Tyrant reunited with the band and the immediate outcome was the “Timeless Crime” EP.

On this EP, the listener meets the past, the present and the future of LABYRINTH. What do I mean by that? Initially, we have the re-recordings of “Out Of Memory” and “In The Shade” from the Italians’ previous releases. The sound is remarkably better from the original recordings and the tempos a bit faster.

Moving to the present, we find an acoustic version of “Falling Rain” from their most recent album. No comment is necessary about this song, since no words can describe the senses it creates just with one listening…

But what really matters to LABYRINTH’s fans is the band’s future. And the band itself comes to answer this question, leaving no room for doubts. They recorded the song “Save Me”, using a similar production to “Return To Heaven Denied”, which follows their well-known Power-Speed Metal recipe, with the three main elements, guitars-keyboards-vocals, under the spotlight. It is a song full of ideas and looks very promising for their future album. In the “pros” we add a very good cover of “Die For My Sins” by SANCTUARY, a little hidden “gem” at the end of the CD.