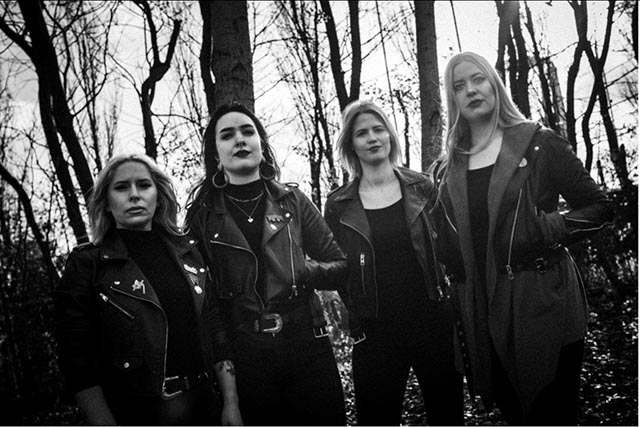 Danish Blackened Death/Doom Metallers, KONVENT, have unveiled their new single “Pipe Dreams”, along with an official video, taken from their forthcoming album, “Call Down The Sun”, set to be released on March 11th via Napalm Records.

Vocalist Rikke Emilie List, reveals: ” ‘Pipe Dreams’ dives deep into the heart of manipulation, whether it be by a person, an institution or an entire industry. In the ‘Pipe Dreams’ factory, insecure people are deceived, exploited and told that their biggest dreams are just about to come true.”

After their debut full-length album, “Puritan Masochism”, took the entire doom and heavy metal scene by storm upon its release two years ago, KONVENT returns with a sophomore offering that doubles down on the band’s songwriting talent and brutal, heavy sound! The sonic evolution of KONVENT over the course of just two years is immediately evident on “Call Down The Sun”, surprising with new elements at every turn.

You can watch the official video for “Pipe Dreams” below: