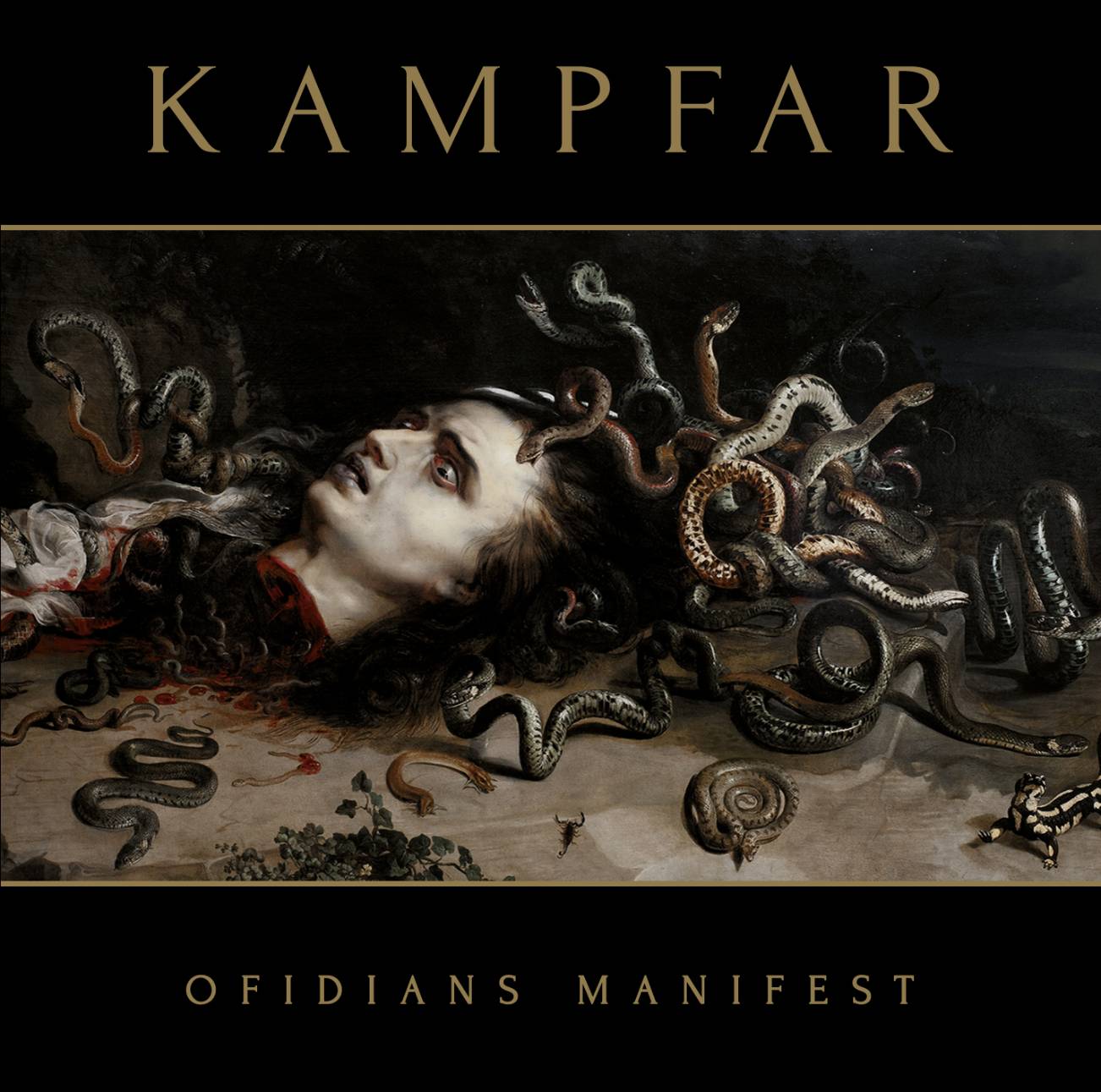 KAMPFAR is a pagan Βlack Μetal band, coming from our beloved Norway. They were formed in 1994 by Dolk (the band’s drummer for some years and singer since the beginning), when MOCK split up (until reviving them in 2012). For those who don’t know, Kampfar is an ancient Norse battle cry, meaning Odin or Wotan.

Here we have their 8th full length album, entitled “Ofidians Manifest”. The rest of their discography, includes 1 demo, 2 Eps and 5 digital singles. The album contains 7 songs of sick and twisted black metal, with “here and there” appearances by a cello and female vocals by two singers, one of them seen in DIMMU BORGIR’s “Abrahadabra”. When I say sick and twisted, I mean it regarding the compositions and song arrangements. Throughout the whole album, there is a paranoid atmosphere hanging above your head that makes you not want to move. Is it because of the changes between black metal and clean vocals? Is it because of the razorsharp riffing? From whatever perspective you see the album, it is easily one of the band’s best ones. Counting as a big “plus”, we have the piano that within the absolute relaxing moments of the album, it pierces through your mind thus making it not easy to forget.

The album was recorded in a total of 3 studios. 2 in Norway (Bergen and Oslo) and 1 in Sweden (Parlby). It was released in 3 CD versions, 2 LP version and a tape. As for the band’s members? All know in the scene with collaborations in big bands like HADES ALMIGHTY, GAAHLS WYRD, ANTAIOS and many more. One very interesting trivia information about KAMPFAR, is that they played live for the first time in 2004.

I pressed play and without knowing it, the album was done. If I had to make in image out of it, it would a mountain in Norway and somewhere in the paths going through it, a mad man, roaming around, with his hollow eyes haunting the entire place. Cliché? Maybe… True? All the way. Once again, KAMPFAR manage to guide us through their black souls. A band that knows what want to play without caring of what people will say.