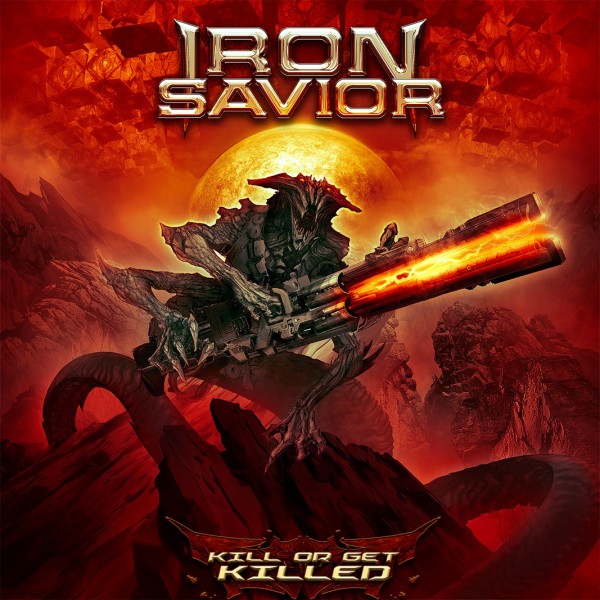 IRON SAVIOR’s German spaceship, with its nearly identical five-member crew since 2002, is unstoppable in its journey through time, following an unaltered same path. Starting in 1997, to tell epic “sci-fi” stories, fantasy and heroism, glorifying the sacred metal monsters of the 80’s.

So here, in this album, we are attacked in the same style, with their first three tracks (“Kill Or Get Killed”, “Roaring Thunder”, “Eternal Quest”), to the highlight mid tempo “From Dust and Rumble” and then again from the beginning, with” Sinner or Saint “, till the end of the record with the exception of “Untill We Meet Again “, which is a true heavy metal track, with awesome harmonies and outbursts. Icing on the cake for the finale, the beautiful rendition of “Sin City” by the well-known ACDC. Unfortunately, an album can’t be based on just two or three tracks.

Although I had to listen to IRON SAVIOR for many years, I would say that this album did not surprise me at all. On the contrary, this performance was expected, since the band has been playing the same style, clearly honoring its fans for years. Another negative thing is that they may have differentiated their sound in more “Eurovision” forms.

Concluding, I would say that “Kill Or Be Killed” is a classic IRON SAVIOR album, but inferior to their older ones. Nevertheless it is suitable for “retrograde” and especially fans of the fast Speed ​​Power Metal sound of JUDAS PRIEST, SAXON and BLIND GUARDIAN.

In Flames – Soundtrack To Your Escape