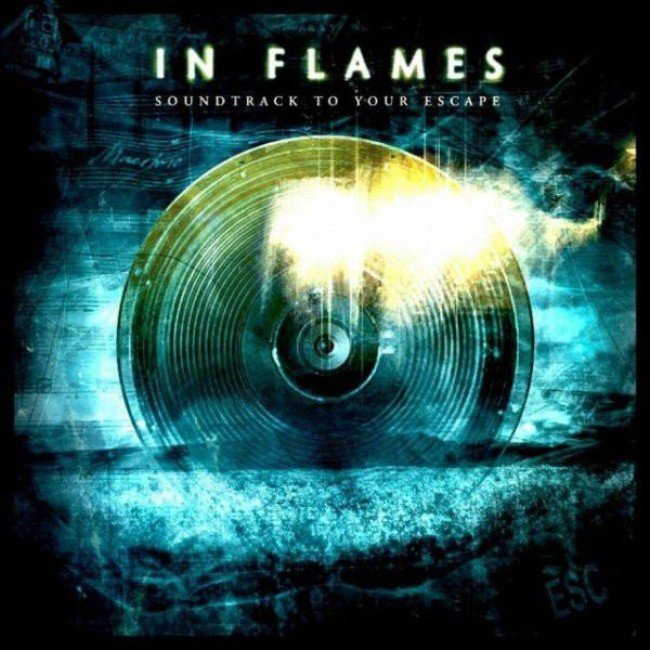 The long awaited album of IN FLAMES is finally here!!! As you all know, the leaders of N.W.O.S.D.M. and beloved boys of Nuclear Blast use to transform their style on-and-on so why wouldn’t they do it here?

Following the succeeded selling formula of “Reroute To Remain” in combination with many elements from PASSENGER’s music (Anders Friden’s project), the musical direction of IN FLAMES takes it’s physical path, opening a new page in groups diversity. The ideas presented here are not for the easy-listener’s ear but, in contrary, they appear to be the most complex and the “darker” that the Swedes have ever shown.

Although the reproduced music cannot be sorted in a specific genre (not even in the style IN FLAMES co-created!) it’s sure that it sounds groovy enough, including often use of synths & pads on the surface as also having big amounts of energy and catchy melodies in uprising riffs…A closer look at the songs’s built-up shows many shortly stucked couplets with kind-of nu-metal guitar riffs and fast drum-rhythms behind them, atmospheric passages and classical melodic choruses with the frequent use of Anders’s clean vocals. The recordings took place again at Dug-Out studios under the forwarding technical instructions of Daniel Bergstrand.

Highlights: “The Quiet Room” (the first single-cd out), “Like You Better Dead” (classic IN FLAMES riffing), “My Sweet Shadow” (maybe the best moment in this album-charismatic melody), “Superhero Of The Computer Rage” (alternative Swedish death metal!!!!) and the absolute ballad “Evil In A Closet”.

In conclusion this is a good release, however it seems that something’ s missing…It’s certain that the inspiration, the bright ideas and the cohesion of older works are absent.

Belzebubs – Pantheon Of The Nightside Gods