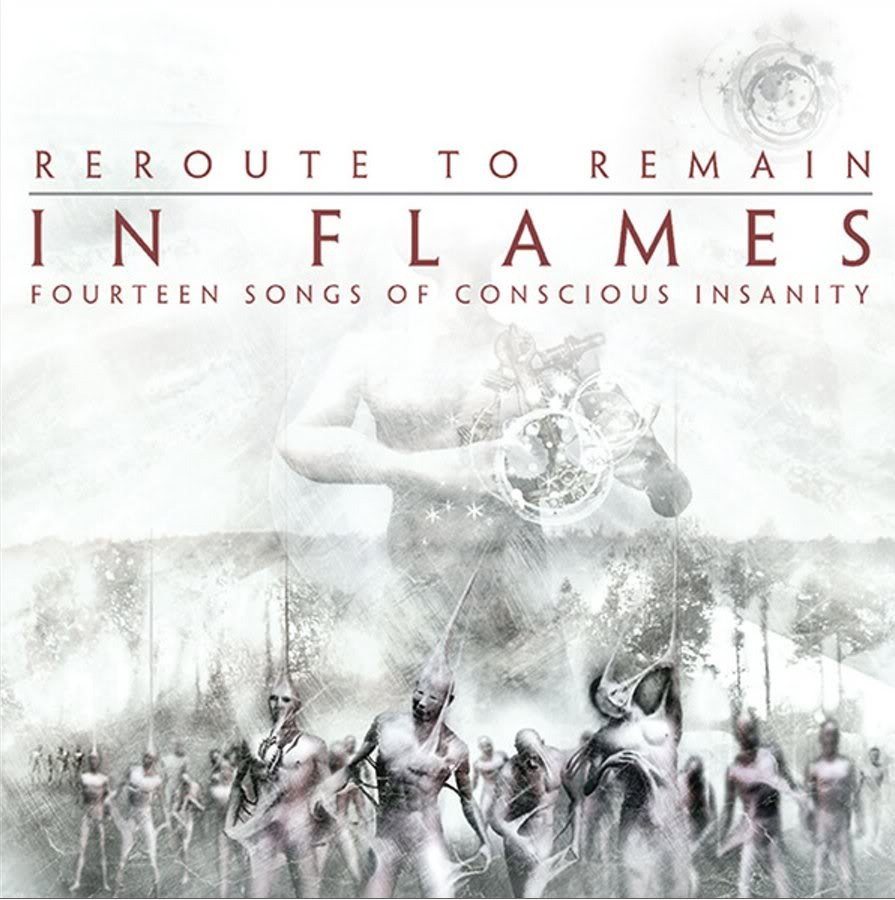 Two years have passed since their last studio album and IN FLAMES are back, showing no particular similarities with the standards they’ve settled. “Reroute To Remain” is the most experimental moment in the history of IN FLAMES. Of course, they are still playing melodic death metal but the composition of their songs has changed to something sufficiently different; someone would say more mature…

As the album’s title indicates the Swedish boys wanted to reroute theirselves, so they’ve changed their trademark-throughout the years by leaving their recording base, studio Fredman. With the help of Daniel Bergstrom they recorded at Dug Out studios creating the roughest and most “dirty” sound they ever had, a sound that is really close to SOILWORK’s one.

The whole group seems to be more “sensitive” to what it wants to present, composing songs that surely need many times to be understood. The way singer, Anders Friden, chose to appear on this album, constitutes one of the biggest surprises-differences from their past releases. Making the use of complex vocals, having many clean-vocaled parts with a progressive character as also recalling his usual death metal screams, Anders seems to search for new horizons on his way to express himself. The same thing happens and with the other musicians of the group who, as it seems, are never willing to give up having inspiration!

“Reroute To Remain” is consisted of 14 songs of different touch, containing fast-riffing ones (see “Drifter”,”Egonomic”), many rhythm-sectioned songs that constitute the majority in the album and could characterize the main album’s genre(see “Trigger”, “Cloud Connected”, “Black and White” etc.), some slower ones (“Dawn of a new day”) as also the first full-length ballad IN FLAMES has ever written(“Metaphor”) which will surely touch your feelings. However, this release cannot be compared to albums such as “The Jester’s Race” and “Whoracle”…With great appreciation and respect:

Hatriot – From Days Unto Darkness