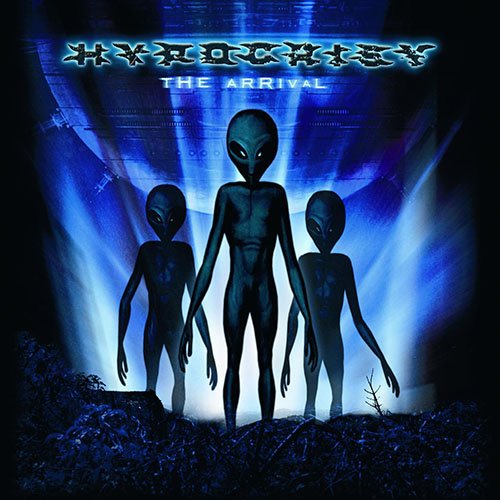 Having already gained the respect of every metal fan, the “unearthly” Swede Peter Tagtgren and his companions return with their new task. Measuring the poignant commentaries for “Catch 22” Peter decided to reduce his nu-metal likings and re-establish the middle-age group’s sound, bringing in mind something between “HYPOCRISY” album and the latest “Catch 22”.

The sound is still massive and grandiose, the songs vary from mid-tempo atmospheric parts to really fast thrash-death metal moments, the concept remains as usual extraterrestrial and in conclusion there is nothing different from the well-made previous formulas.

The only “negative” thing that can be marked for this album is the partial lack of interest as some songs have nothing new to give to an older HYPOCRISY fan. However songs like “The Departure”, “Slave To The Parasites”, “Eraser” or “The Departure” make the purchase of this album imperative-especially for HYPOCRISY’s fans. See ya!