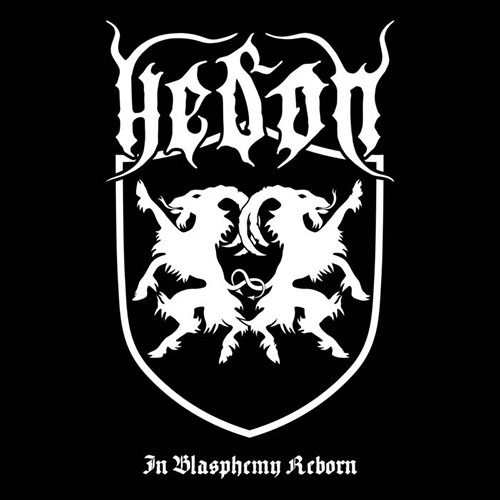 HEDON is kind of new band, as it was formed in Sweden during 2012 and two years later released its debut album entitled “Summon The Demons”. During the following years, due to some situations, the band was inactive and made an unexpected re-appearance in the last October with the “In Blasphemy Reborn” EP. In fact, angrier and darker than they were in their debut. As many have suspected from the band’s name, musically the Swedes move into melodic Death Metal fields with some Black Metal influences.

“In Blasphemy Reborn” includes three compositions, that take us many years back to the past and more specifically at times when melodic Death/ Black was triumphant. The songs’ influences reminded me of DISSECTION’s “The Somberlain”era and DARK TRANQUILLITY of “Skydancer” period, as the Swedes manage to offer us the characteristics of the specific genre that have been vanished during the last years… I’m talking about roughness and blackness! In these influences, HEDON add their personal touch, while the EP stands out for its musical variety. From the aggressive tremolo riffing and blast beats of the self0titled song to “1914” with the massive mid-tempo rhythm, while the end comes with “The Beast Of A Thousand Demons”, in which melody and aggression balance, sounding like a more barbaric version of “Where Dead Angels Lie”.

The truth is that HEDON surprised me very pleasantly, as I did not expect to hear such freshness and passion in this genre in 2020. Personally, Nowadays, I consider melodic Death Metal sound being dead, as it has been lost in repetition and mediocrity, even by the well-established bands of the genre. However, HEDON’s EP comes as a lightning to destroy these thoughts, presenting us a band that with such quality releases, will surely escape the limits of the underground.