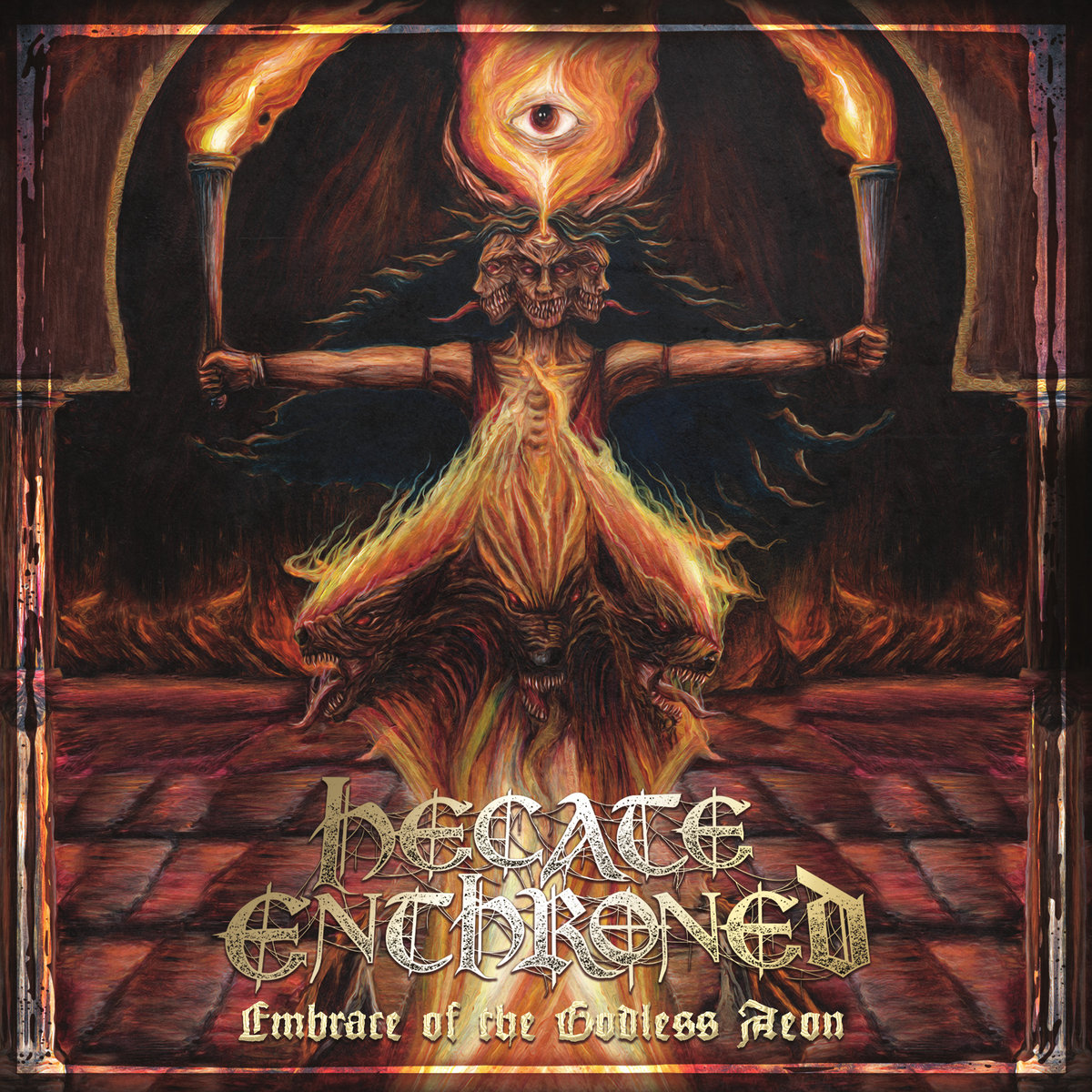 The melodic death/black metallers HECATE ENTHRONED from the United Kingdom, after 6 years of silence, they are back with their new album. Being created in 1995, they have more than 20 years recording life with 6 full length albums. Their latest work features a new vocalist Joe Stamps. “Embrace The Godless Aeon” comes with 9 original tracks totaling 54:31 of running time. From the first notes of the real opener, which is “Revelations in Autumn Flame” we realize that the band tends a return to their roots, especially to their first two albums. Tending to be more blackened than usual in one part, shedding the death metal tag and symphonic in the other part with the use of orchestra in mostly all of the compositions, they appear very fresh and creative. One of the key elements of this album is the guest appearance of Sara Jezebel Deva, a long time guest of CRADLE OF FILTH who participates in 3 tracks of the album. This album is the debut output for the Welsh band’s new label, M-Theory Audio, and showcases an earnestly ambitious effort: a tasty sound that has equal parts of symphonic and melodic death elements, wrapped in a crunchy black styling, HECATE ENTHRONED have created one of their strongest albums to date, to add to their already impressive 24 year long career.