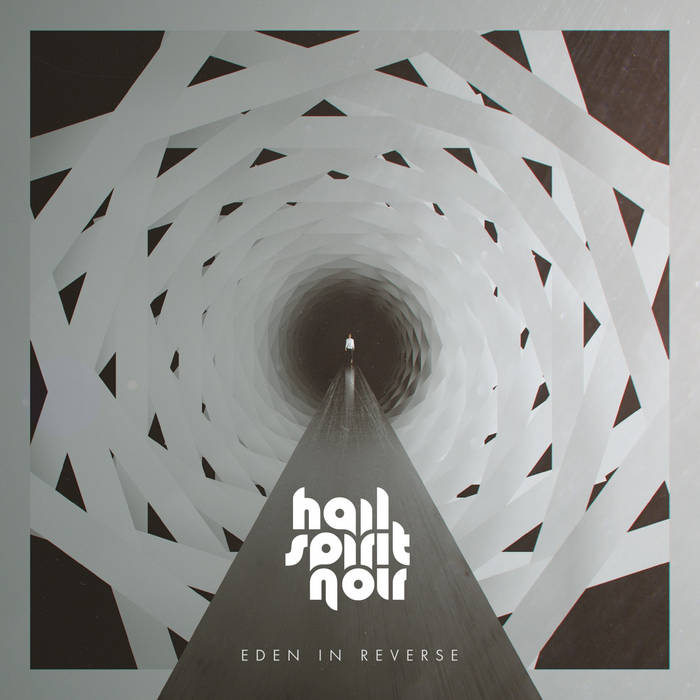 I was sitting in my backyard late at night accompanied by a breeze that was coming down from the mountain. I had prepared all the necessary stuff to write this review, I had heard the album many times (and I was still listening to it) and I considered myself ready. Just before I started to write the review on my computer, a notice appeared about a newly published interview of HAIL SPIRIT NOIR, so I thought it was a good opportunity to read about the group’s optic for their new record. As I was reading the review, I started making a comparison to my notes and cold sweat started running. I read the interview more carefully and checked throughout my manuscript again and the cold sweat was covering my head. More or less, the band’s point of view, guided by the editor’s targeted questions was exactly the same as I mentioned it in my scripts. It would be very difficult for me to persuade thegallery.gr followers that I didn’t just copy the group’s interview and it was a coincidence that our opinions matched. There was absolutely no intention to do that and I am being honest. Of course, in the end all the scripts were torn apart and thrown away so I had to choose another way to make the presentation of “Eden In Reverse”.

I will start by mentioning that there are three additions in the roster of this band from Thessaloniki, Greece; Foivos Xatzis on the drums, known for his participation in AGNES VAIN and KATAVASIA, singer Cons Marg who has worked with Arjen Lucassen and the much talented keyboard player Sakis Bandis who has performed with HORIZON’S END and UTHULL among other bands. The new permanent members have helped HAIL SPIRIT NOIR to expand their musical quests searching for the enrichment of their compositions and the evolution from a Metal band with Psychedelic Progressive elements to a Progressive band with Metal elements. Despite this direction, the dark Black essence hovers everywhere and lurks in places you don’t expect. They have escaped from the 60’s-70’s psychedelia and reached the late 70’s- 80’s era with the extensive usage of keyboards.

The intro song is “Darwinian Beasts”, were you can feel the intense presence of KRAFTWERK, an industrial aura and a futuristic point of view through a retro prism. In the first “proper” song, “Incense Swirls” the rhythm section collaborates perfectly, the speed is building up a bit and you can feel AYREON in the air, while ARCTURUS’ cosmic journeys are accompanied by the darkness of OPETH in a demanding, yet completed song, which travels you in space time, manages to calm you and then put you in an orbit around not-so-peaceful celestial stars. At “Crossroads” there is the vocal participation of Lars Nedland, well known for his bands, SOLEFALD, VINTERSORG, BORKNAGAR among others, where he manages to establish his bands influences with his vocal mate Cons Marg. The two singers collaborate nicely, evolving this song and along with AMORPHIS keyboard passages are reaching a metal ascension in the end. At “First Ape On New Earth”  we have the reappearance of OPETH elements, the dialogue between the keyboards and the hovering in space, which reminded me of ultimate basketball player, Nikos Galis, and his incredible “levitations” amidst his opponents, his ability to defy and overpass the toughest defenses and score, as well as the opposing team’s humiliation for being unable to stop him. The story of Eden is being rewritten here under a Darwinian point of view, in a way that only Richard Dawkins, well known evolutional biologist, skeptic, atheistic and “Darwin’s rottweiler” as far as the theory of Natural Choice concerns, could describe. In the end, the closing track is “Automata 1980”, an almost ten minutes masterpiece with clear references to Vangelis Papathanasiou and Jean Michel Jarre, which includes all HAIL SPIRIT NOIR elements and their evolution to a point where you cannot see if this is their peak or not.

I will end this presentation by saying that I was sure for HAIL SPIRIT NOIR that after the mighty “Oi Magoi” and the tremendous “Mayhem In Blue” they would expand further from any Metal stereotypes, leaving them behind and focus into something more futuristic and supernatural. This certainty was partially verified since HAIL SPIRIT NOIR in their fourth record presented to us an amalgam of psychedelic, progressive (rock, metal I cannot be sure), transcendental masterpiece, which haunts me at nights and brings me in despair every time that I look at the starry sky just before the Morning Star rises. This time I don’t dare to predict anything, I will let myself be surprised.

Burning Witches – Dance With The Devil