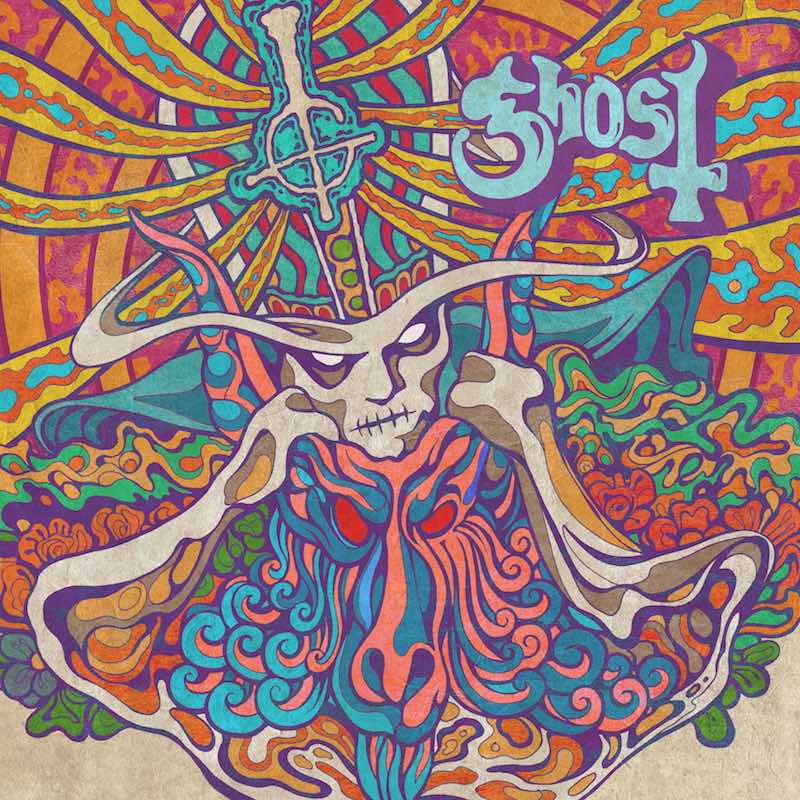 Tobias Forge must be one of the smartest musicians of our era. Not only has he succeeded within the last ten years to make his group one of the most successful bands of today, but has created the perfect vehicle for his music, allowing him to play anything he wants without deviating from the concept of “GHOST”. In this EP, Tobias has fun with the “lore” of his band and invents a story about 2 unreleased songs from the early days of GHOST, in 1969, where the band played live in the legendary Whiskey a Go Go Club in California.

The first song of the EP is “Kiss the Go-Goat”, which finds GHOST mixing infectious grooves with 60s psychedelic keys, reminding us of their most “dance” moments such as “Dance Macabre” and “Square Hammer”. Tobias, as a young Papa Nihil here, sings more melodically than ever as well as more conventionally compared to his previous works. Like any self-respecting song of GHOST, it is incredibly catchy and of course there is an invocation of the famous Lord of Darkness in the chorus.

The second song of this release is “Mary on a cross” which is somewhat closer to the sound of the recent years’ GHOS, through a 60s psych rock lens though. Driven by an amazing melancholic melody on keyboards, the song tells a very special love story (?) which is open to many interpretations.

According to Tobias’ statements, the sound of this EP will have nothing to do with the next album of the band, which unfortunately will be released in 2021.
I don’t know exactly what inspired GHOST to write these songs – whether it was some old ideas, an experiment or something to refresh the setlist of their current multi-month “The Ultimate Tour Named Death” tour, but it has been a pleasant surprise for the  fans of the band who had been waiting to hear new music since the release of Prequelle last summer.
Based on the fact that his is a very unique release of just two songs, the score could not be anything else than the infamous three-digit number..