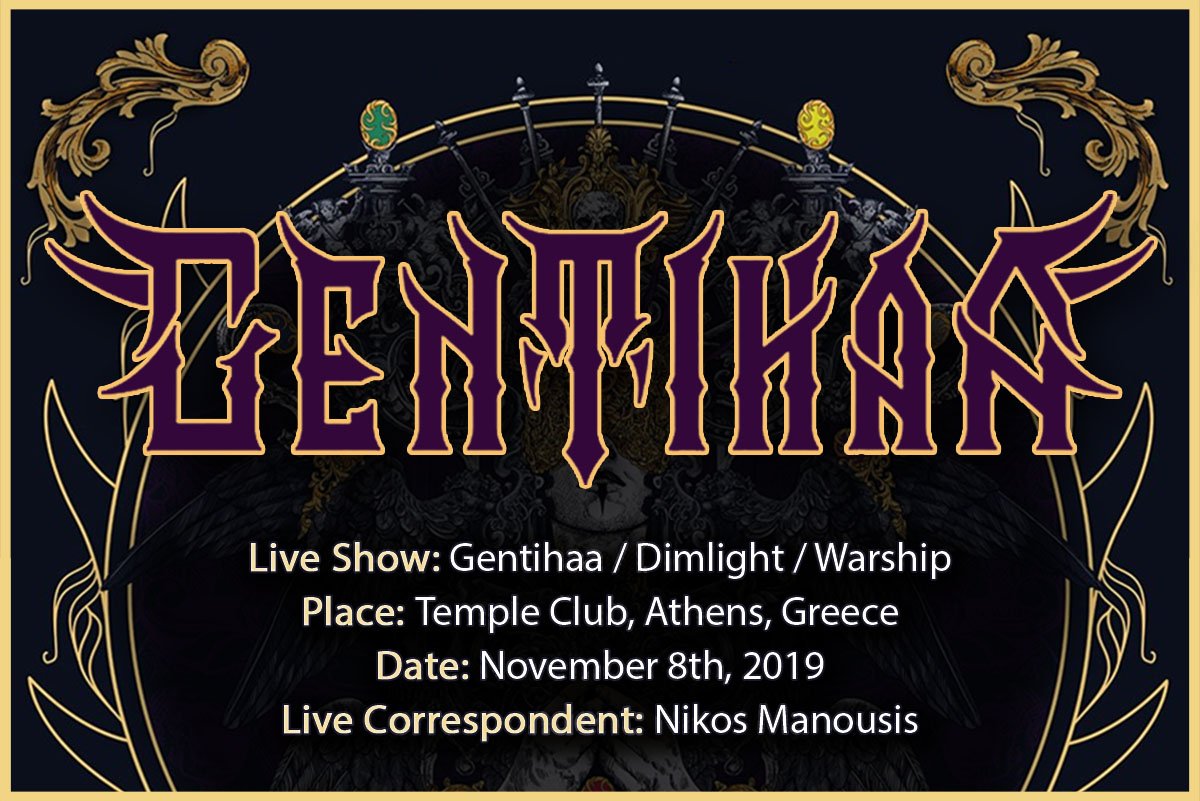 GENTIHAA is a new Greek Metal band, being introduced to us through its recent album “Reverse Entropy” and the two live appearances in Athens and Thessaloniki as the support band to DIMMU BORGIR. After these successful performances they decided to present their debut album “Reverse entropy” with a release party at Temple. Support groups were the symphonic Death Metallers DIMLIGHT, and the Heavy Metallers WARSHIP from Athens.

An hour after opening the entrance of Temple, WARSHIP began their set.  They played songs from their two albums ‘The first wave’ and ‘The second wave’. For about 30 minutes they tried to warm us up with their classic Heavy Metal sound. Nice performance and songs to drink your beer.

DIMLIGHT was the next band, who had just returned from the “Blaze of Madness tour” in Russia. Their sound is a Death/Dark Metal mix with some symphonic parts. Dynamic performance with a lot of passion, they destroyed Temple’s stage for about 45 minutes. The combination of Mora’s clean vocals with Invoker’s brutal vocals were great and majestic. They closed their show with a great cover of BLACK SABBATH’s ‘Electric Funeral’ which they perfectly adapted to their sound.

It’s time for the headliners of the event GENTIHAA to show up! After “Serum” intro the band appeared on stage with “Metamorphosis” being the first song and continued their set with other songs from “Reverse entropy”. A passionable performance, with less anxiety than their appearance with DIMMU BORGIR, they performed all their songs extremely well. Except from their debut album’s songs, they played also two new tracks, the instrumental “Urnammu ” and “Into the unknown”. Both songs are in the same musical direction of “Reverse entropy”, a mix Death/Black/Power Metal. Also in the song “Command” has participated Mora of DIMLIGHT, who took over the vocal parts of Tom Englund of EVERGREY (who sings in the album).

It was a very beautiful metal event at Temple with great performances from all bands and a perfect organization from Angels PR Music Promotion and Symmetric Records.