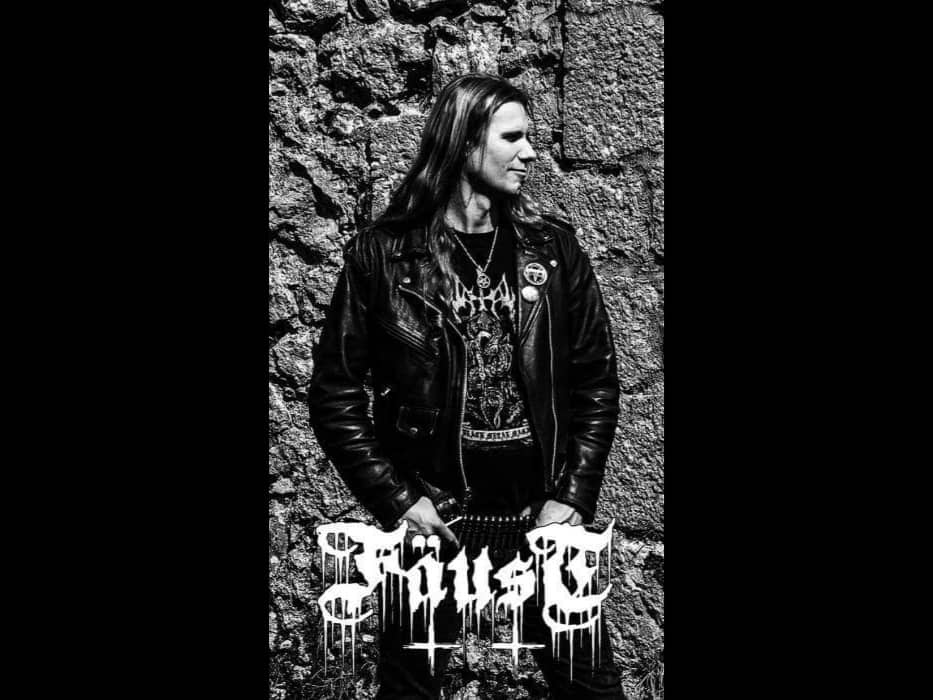 Hailing from the darkness and wildness of the French Alps, December 9th will see the release of “Death From Beyond”, the debut album Blackened Death Metal solo artist FÄUST, which will be coming out via Swedish label Black Lion Records.

Forged in the hellfire of the Soulreaper Studio, “Death from Beyond” is the perfect combination of speed and aggressive Black Death Metal terror, with diabolical and dark melodies. From the fast opener to the epic ending of the album, this record is a pure condense of Blackened Death Metal led by a great sense of melodies and a wild raw primal force. In support of the new album, FÄUST has unleashed the heavy as hell track “And All Its Evil”.

Michaël Hellström comments: “ ‘All That is Evil’ is a raw fast song, It’s a kind of blast that goes straight after the epic opener. This song is really powerful and aggressive. One of my favourite tracks of this album!“

“Death from Beyond” was mixed and mastered at Hellpass Studio (Brazil) by Marcos Cerutti and the stunning artwork was done by Simon Bossert. The album will be coming out in CD/LP/digital formats.

“Death From Beyond” track listing:

You can listen to “And All Its Evil ” in the following video: