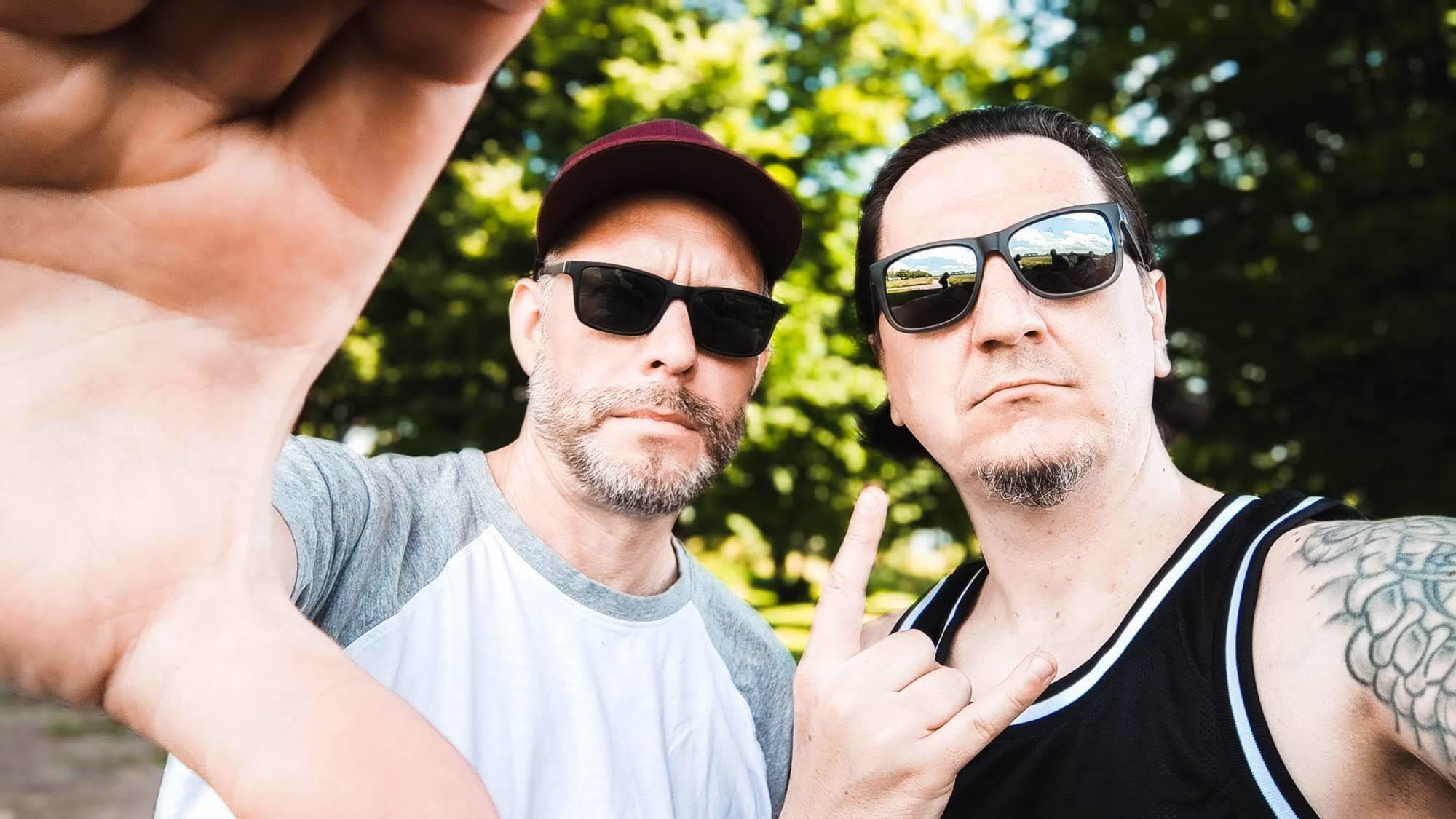 German Groove Metallers FALL OF CARTHAGE, consisting from SUIDAKRA frontman Arkadius Antonik and singer Sascha Aßbach, have unvailed an artistic lyric lyric video for “Smell Of The Oak”, for which Sascha Aßbach himself is responsible. The track is taken from the band’s new album “Drawn Into Madness”, which was released on September 23rd via MDD Records.

In the midst of the desolate pandemic, not only Arkadius had itchy fingers, but Sascha also longed to let off steam again together musically. In the meantime, both have collaborated on other recordings (guest appearances by Sascha with SUIDAKRA, DRAGONBREED). But the question was: bury the phoenix or revive it? After the first ideas for riffs and vocals already, both were so hooked that 8 new tracks were created in a few weeks. So the answer was clear.

DRAWN INTO MADNESS are 34 minutes of relentless, straight banging. Blastbeats, catchy riffs, groovy rhythms that hardly give time to relax the neck. Due to the multifaceted vocals – from deep spoken parts, rough roar and gripping shouts to high screams – the whole thing does not seem dull but dynamic. Also on this album Sascha’s lyrics deal with personal topics mainly, but at the same time leave the listener enough space to identify with them. The uncompromisingly fat sound of the new FOC album is due to Arkadius’ production. All in all a well-balanced, round thing and probably the strongest FOC album so far.

You can watch the offiical lyric video for “Smell Of The Oak” below:

WITHERFALL release new music video for the song “…And They All Blew Away’”.