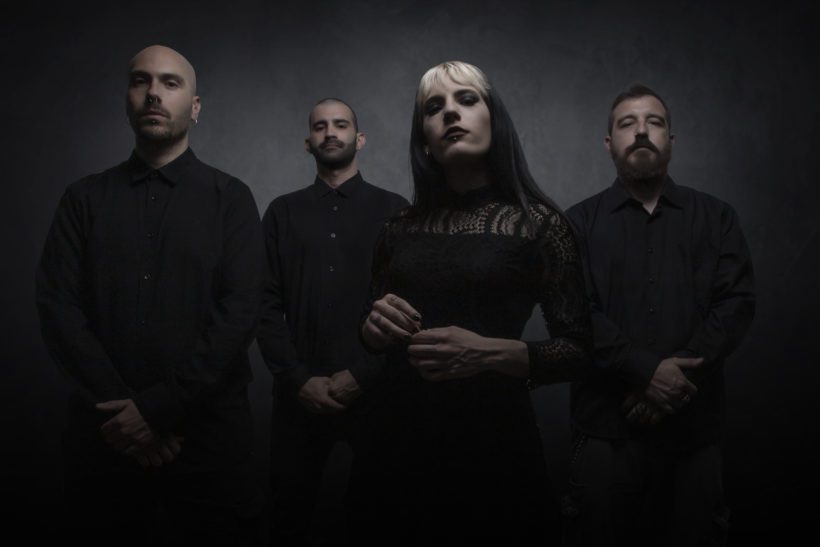 Greek Post Black Metal outfit EUPHROSYNE, has released an official music video for its new single “When My Fears Conquered All”. The track is taken from the band’s upcoming debut EP “Keres”, due for release on November 25th.

The track was mixed and mastered by Psychon (SEPTICFLESH), with the vocals tracked at Sound Abuse Productions studio.

EUPHROSYNE was formed as a duo — Efi Eva (vocals), Alex Despotidis (guitar) — during the pandemic and self-released two tracks (“Thorns Above the Skies” and “Rattus”) during that initial creative blush. The duo then sought to fortify its ranks by bringing in George Gazis (bass) and Kostas Mamalis (drums) to work on its planned seven-song debut EP, “Keres”. It’s this fully solidified lineup that appears in the video for “When My Fears Conquered All”.

The band is in its most mature and complete compositional phase, mixing melodic sound and Black Metal, with instrumental parts and vocals that vary from ripped screams, to melodic pop lines, all together leading to a result that intensifies the feelings of sadness and isolation as few dark creations out there.

You can watch the ofiical music video for “When My Fears Conquered All” below:

JON ZAZULA, founder of Megaforce Records, passed away at the age of 69! R.I.P.