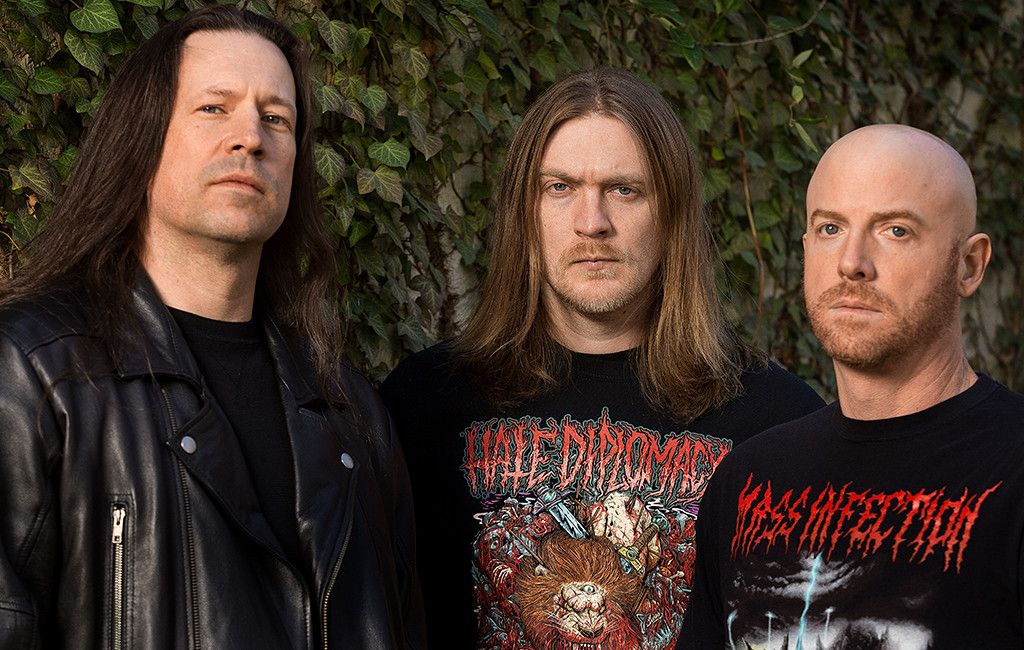 Brutal Death Metallers DYING FETUS, have unveiled a mini-doc about the band’s songwriting and recording processes. Filmed at MilkBoy Studios in Philadelphia, PA in 2017 upon the release of “Wrong One To Fuck With”, the band chronicled the re-recording of their classic track “One Shot, One Kill” with Swedish Producer/Engineer Mattias Nillson. The video, featuring interviews, a new “One Shot, One Kill” performance, and behind-the-scenes footage can be found below.

Regarding the re-recording of “One Shot, One Kill”, bassist/vocalist Sean Beasley comments: “I’m excited to hear and put my vocals on there and hear Trey belt it out. It was our first video song basically, we recorded it at the old Masquerade in Atlanta. Mike [Kimball] was our old guitarist, he was new in the band then and it was different where we didn’t use straight up raw amps for the first time. We used a racked mount mix and it was a new thing for us at the time.”