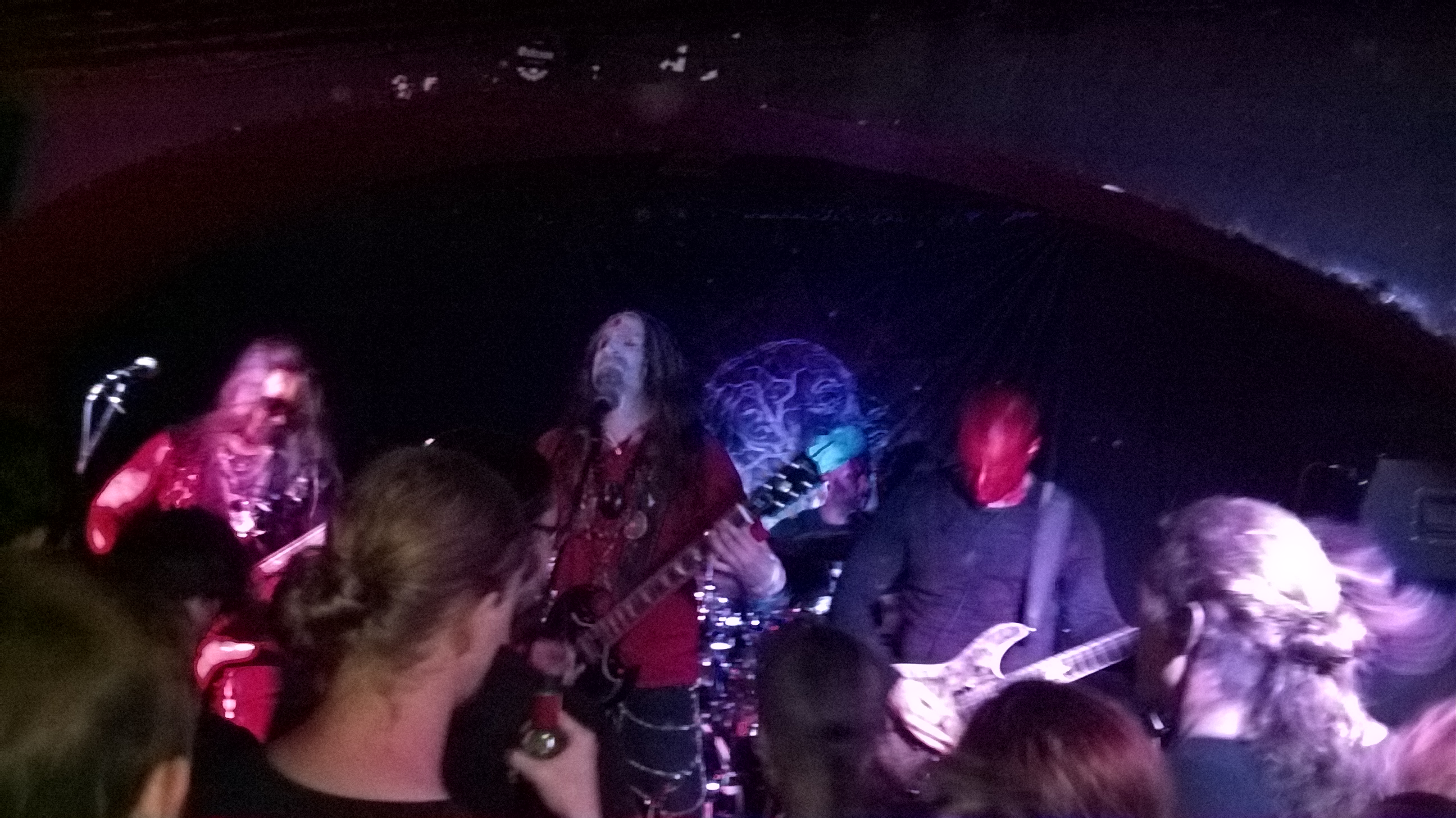 The morning of 23/o6 found me at King’s Cross station ready to board the train for a trip to France, while the rest of the U.K. was voting on whether to remain in EU or not. With a slight disappointment, I cannot vote on this one, I focus on the trip to come. What’s bringing me to France is, of course, a gig. Dodheimsgard are performing live the same night. Having missed them a few months ago in London due to massive personal gaffe, I felt compelled to redeem myself by seeing them in France. Two birds with one stone on this one as it was my first time ever in France, as well as my first time seeing DHG. I wanted to witness the moment the train would dive under the “La Manche” – or as the stubborn English like to call- the English Channel, but I fell asleep before that.

Upon reaching Lille, Magali, a friend who is putting me up for this long weekend, meets me at the station and a quick tour of the main sights of the city begins. Of course I didn’t miss the opportunity to taste local delicacies, which of course, in turn, opened my appetite for some local beer. Soon we are off to go back to the station to pick up a friendly couple. So, with a head already buzzing happily from the strong beer, the group gets itself to the “El Diablo”, a tiny underground pub, where the gig was to happen.

Unfortunately we arrived too late to see Edremerion. The beer is flowing non-stop though, one round of Troll, the next of Karmeliet (and they are bloddy strong too – 8% thank you). On my way back from the bar with another round of -probably Troll this time- Diskord take on the stage. Their style is a mixture of brutality and technique, all within the death metal context. They seemed very young, so I was taken by surprise to find out they are active since ’99. Even more surprising was the electric cello they had set up on stage next to the bass player, which was unfortunately only used on one track. This is band worth “lending an ear” to, especially from the ones who are naturally inclined to technical death metal.

Time for DHG to go on stage and I am already getting the Goosebumps just to the idea that I am about to see them (did you know there is a scientific term to describe the Goosebumps one gets while listening to music they really love? – it’s called Frisson and there is a scientific explanation as to why we get them). To my surprise they go on stage with “the Crystal Spectre” from the Monumental Possession album despite the fact that it’s only been a few months after they released their latest, magnificent album “A Umbra Omega”. So old school black metal it is and the “el Diablo” is dancing accordingly. It is worth mentioning that they were playing in front of 80, maybe 100 people the most, but they were performing like as if they were headlining a festival.

They continue with tracks covering all their albums, but surprisingly they completely neglect playing from their lattest album, which, from my point of view, is  a shame, as I regard it a masterpiece. The truth is however, that the average duration of the tracks from this album is 13 minutes, so it makes sense they decided not to play something out of it. Half way through the set, there was a technical problem and the gig stopped for about 10’. Amongst cursing and swearing we grab the opportunity for more pints and in the meanwhile the sound is back. DHG continue like as if nothing just happened and loaded our auditory sensors with “Traces of reality” and “Sonar bliss”.

The sound was fine for the given circumstances. After so many gigs I have been to, I am now able to manage my expectations when it comes to sound quality. So by no means can I claim that the sound was ideal, but the organisers did do their best in the given venue. So no complaint in that front on my behalf.

Once the gig was over the band just mingled with the crowd, to discuss and enjoy pints, not even getting in the trouble to get rid of the corpse paint.

The conclusion…DHG is a band for every metalhead to see perform live whether they are fan of their music or not. Lille is a beautiful country city, with friendly people, amazing delicacies and strong beer and only 20’ by car away from the Belgian borders. I can highly recommend one visiting this gorgeous little city especially if one can also combine seeing a live gig!

A big thanks to Magali, who organised and made this whole trip happen!