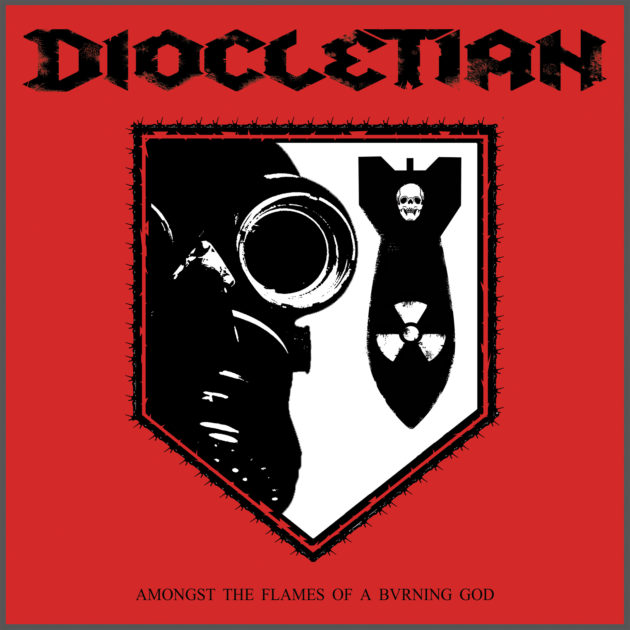 DIOCLETIAN are from New Zealand, they exist since 2005 and belong to the so-called War Metal. They have returned, five years after their amazing album “Gesundrian”, with their fourth full-length album “Amongst the Flames of a Burning God”. In the meantime they had several changes in their lineup with only one original member left in the band, Atrociter. Remarkable is the fact that responsible for the vocals here is Impurath of BLACK WITCHERY.

“Amongst the Flames of a Burning God” has 27 minutes of total running time, with eight tracks, having an average duration of three minutes, so this album is the shortest one in band’s career. Unfortunately, the album is dominated by chaos and mess. There is aggression and executive skill from the band’s members but the feeling of repetition plays the first role. It’s just a typical War Metal album with riffs that we’ve heard before and there are no elements on the record that shows any difference or experimentation. The production also is bad, having times in which I thought I was listening to Grindcore or REVENGE but surely not DIOCLETIAN.

Although” Amongst the Flames of a Burning God “is not a bad record, it is a disappointing step for DIOCLETIAN. After the awesome” Gesundrian” there were high expectations. Here I’m facing a record whose main characteristic is monotony. I hope that the band will work harder on songwriting for their next album.

Post Views: 21
Tags: 2019, Amongst The Flames Of A Burning God, Diocletian, Review, TheGallery

Thyrane – The Spirit Of Rebellion

October Tide – In Splendor Below