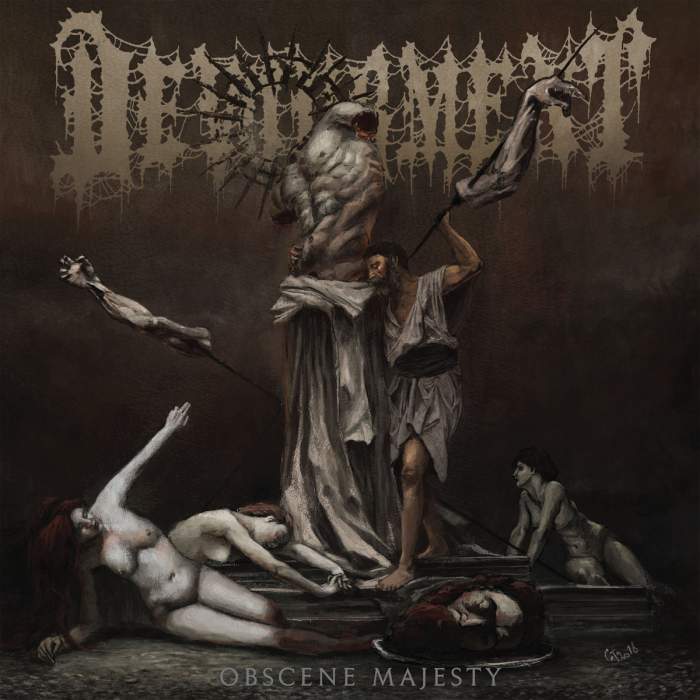 Six years have passed since the last DEVOURMENT’s release. In those years, the band had some line-up changes. The original band’s drummer Brad Fincher returned, Ruben Rosas came back in vocals as also the band also recruited DBraxton Henry who had produced the debut album of DEVOURMENT. Expectations for the new album “Obscene Majesty” were high and the band did not disappoint us!

Listening to” Obscene Majesty” the first thing you notice is that the album is incredibly heavy and brutal, with the band having achieved their best record production till now! The album lasts 47 minutes and throughout that duration, the music is quite relentless in intensity! An attack from the first second, with Slam / Death Metal riffs, very brutal vocals and a set that will cause suffocation in people who are not familiar with that sound! It’s obvious that melodies do not exist here, as DEVOURMENT is the definition of brutality, with “Obscene Majesty” being no exception!

DEVOURMENT with their new album do not offer something new to the Slam/Brutal Death Metal genre. They just give us an album with no compromises to satisfy the listener, a release that devours the massive and brutal slam sound. A record aimed only for extreme metal fans and not for sensitive ears…