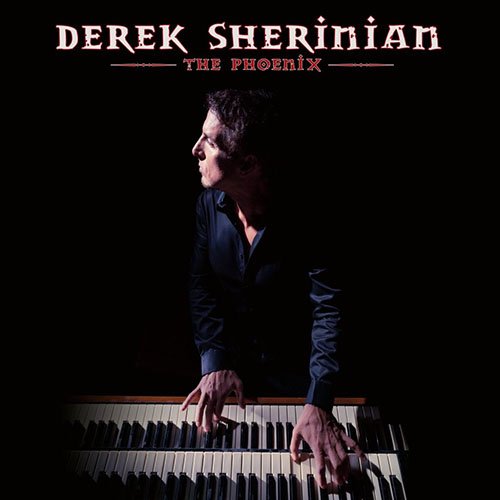 One of the best things that this rather chaotic year has brought, is the relentless release of great new music, some of them with collaborations that we either haven’t thought about or hoped would happen for many years. So this album is no different. Derek Sherinian is back with a new solo album, following his last release of 2011.

Derek Sherinian is a famous keyboard player, mostly known fom his years in DREAM THEATER from 1994 till 1999. Those who know him appreciate him very much. Alice Cooper, with whom Sherinian has made many albums, called him “The Caligula of keyboards”! He also toured with KISS, Billy Idol and has his own band, SONS OF APOLLO. His last solo album was “Oceana” in 2011, so the title “The Phoenix” suggested to him by a friend on Facebook is perfectly appropriate.

Along with Simon Phillips and many fantastic artists, such as Tony Franklin, who has appeared on all of Sherinian’s previous albums along with bassists Jimmy Johnson and Billy Sheehan, guitarists Joe Bonamassa and Zakk Wylde, who are also regular in Sherinian music. On this album, however, Steve Vai, Armen Ra, Ron Thal, Ernest Tibbs and Kiko Loureiro complete the lineup, which makes this album a great return for Sherinian’s solo career.

Creating a fully instrumental album is always a win-win situation. Or rather the work of someone who knows who he is and trusts himself to attempt it. Here, we are dealing with the second category. We have a fantastic production, catchy and loud songs, the personality of every guitarist shines on the album, and of course a Derek Sherinian who shows again why he is one of the greatest keyboardists in the prog area, offering very interesting material after his last solo release in 2011.

Cro-Mags – From The Grave (EP)