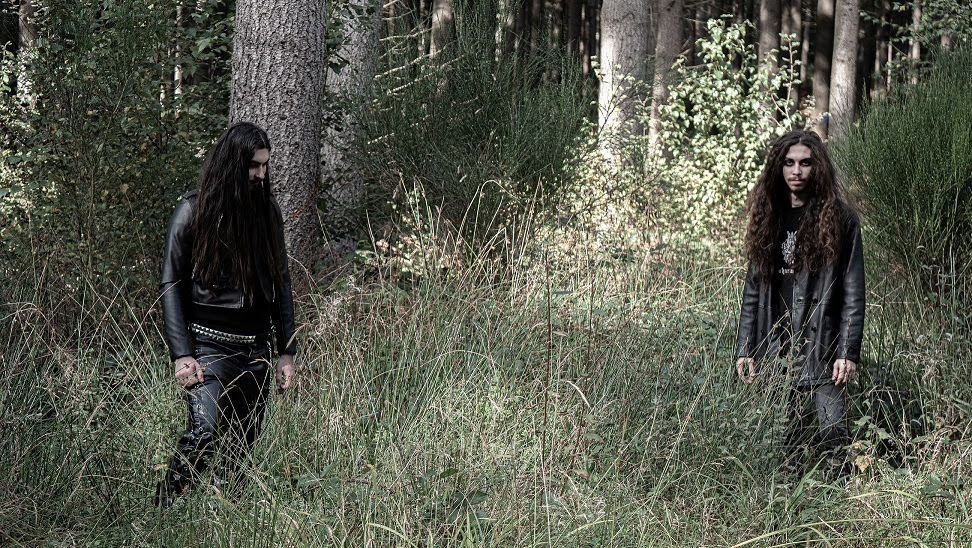 French Black Metal duo DEPRESSIVE WITCHES, signed with Wormholedeath a deal for their album “Distant Kingdoms”, due for release on November 25th, 2022.

The band comments on the album: “We are excited to reveal this new album, which is the perfect mix of our main influences: Black’n’Roll, Heavy Metal and Classic Rock. Music is perfectly serving the album theme, which is focused on epicness, battles, and exploration of new worlds, as we did for songwriting. ‘Distant Kingdoms’ is a Black Metal album with so many influences, really rare in this genre. We kept our punky sound and mixed it with folk melodies, always with this “in your face” style, this is why fans loved the first album. We see being a duo band as an intense and intimate way to play music, and not a reduction of sound diversity, so we’re not afraid to mix every sound we love.”

Even just being two musicians on stage, they leave nothing behind and can fill out the space with their massive sound and dynamic energy.

DEPRESSIVE WITCHES was formed in 2018 in Picardy, France by brothers Sick Bab (Baptiste Robert) on vocals and guitar, and Torvuus (Paul Robert) on guitars and drums. Linked by both blood and a passion for Black and Extreme Metal, creating music together was only natural. In 2021, they released their debut album “Bad Flask”, which leaned heavily into the traditional Black Metal influences of the duo and contained lyrical themes revolving around witchcraft, curses, and epic fights. The release was recorded by Jonas Sanders & Ivan Houben, and mixed/mastered by Jonas Sanders at Blackout Studio, in Brussels.

2022 witnesses a new album from the band “Distant Kingdoms” again recorded, mixed, and mastered by Jonas Sänders. In contrast to the first album, it pays homage to its rock influences and contains more solos and clean vocals. An anomaly in the black metal scene, it is a mix of black metal, punk, heavy metal, joyful & darkened riffs, like black’n’roll but more festive and epic. Lyrically it looks into adventures, magic battles/war, and high fantasy which take inspiration from RPG video games with medieval themes, nature and black magic.