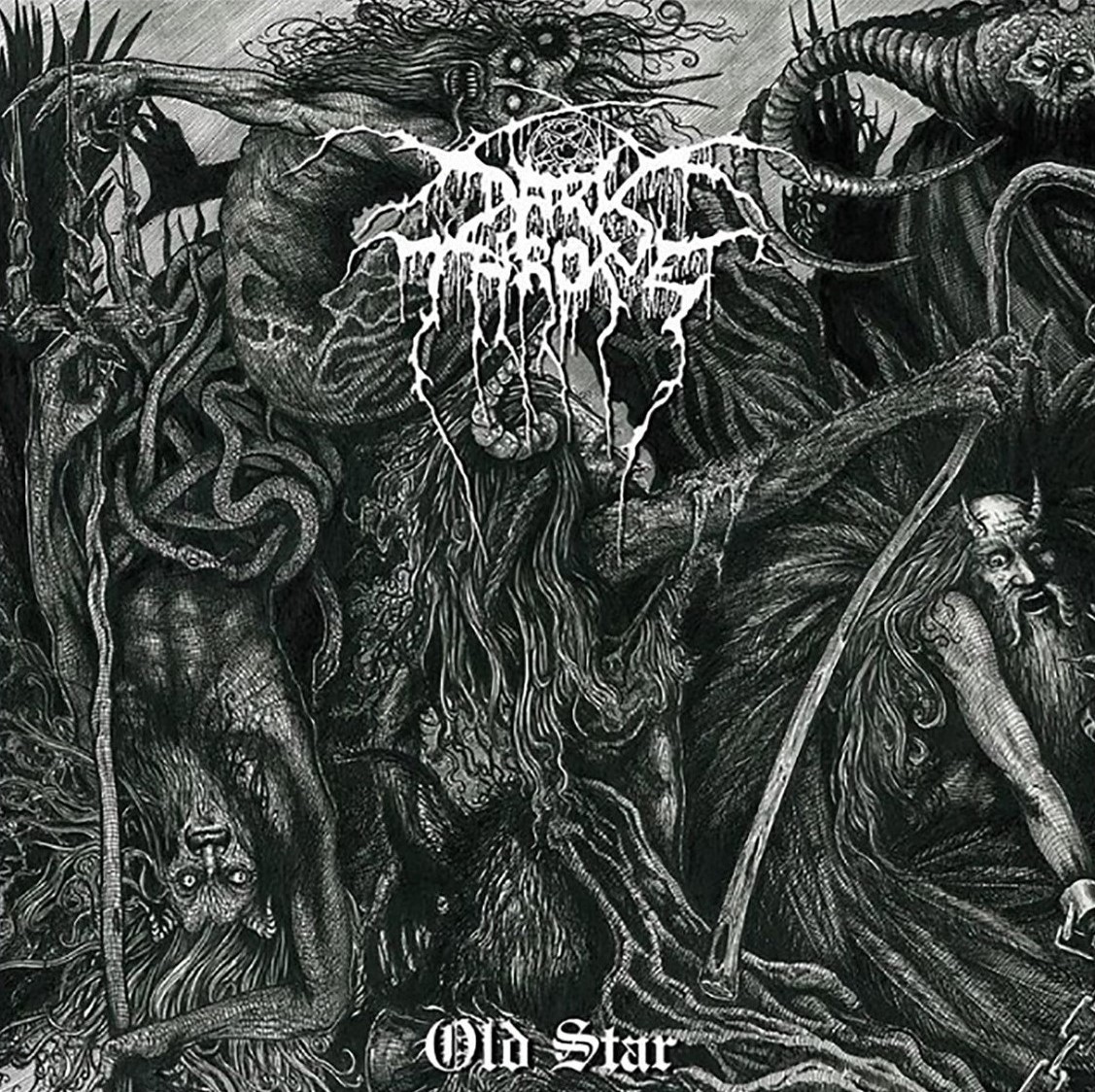 Straight to the point. DARKTHRONE is a band with no introduction needed. With a lot of obstacles throughout their existence, concerning band members going missing or accusation about far right ideologies somewhere in mid 90s, they never quit and finally, in 2019, the two geniuses Nocturno Culto and Fenriz, gave us the band’s 18th full length album, “Old Star”.

The band has played Death Metal in their first album, they turned to Black Metal under the influence of Eyronymous back then (something that happened to many other bands of the genre back in the early 90s), again they change to Punk/Crust “something”, Quorthon being a presence into all their albums (except “Panzerfaust” which is the most CELTIC FROST-ish album and here), we have an aspect of the band, which they might have been preparing some time ago, so they could give it to us in its full glory now.

The album has 6 songs, something in which we are already used to, going from 4:30 to 7:30 minutes long but without being boring, as the songs have changes with the proper knowledge on where and how. When the song “The Hardship of the Scots” was released, I said that it was a perfect mix of CELTIC FROST with IRON MAIDEN and NWOBHM. Having listened to the whole album now, I can surely say that this is true without having any remorse and I must say I am really glad about it! It is well known, that all the musicians “up there” back in the old days were big IRON MAIDEN fans and here, our favorite duo is not afraid to show it.

Now to the moments where they play Βlack Μetal. What could we say? Classic “melodies” that we are familiar with from this band and every fan is expecting from them. While Nocturno Culto is “spitting” those lyrics and with Fenriz with no vocals in this album, I believe we have kind of a return to the “Plaguewielder” days and maybe with a touch of “Ravishing Grimness”. As for the drums, I cannot say much. Even though we don’t have any blast beats from them anymore, it doesn’t mean that a song cannot be a Black Metal one by just playing a straight 4/4 beat. At least that is how it is in my ears. I might be wrong or it might be what I wanted to hear. And I did!

Overall, it is a classic DARKTHRONE album. A classic of their most recent era. I make it clear because the most classic period is already known and it is of a different time. Speaking for myself, I am not disappointed from what I listened to, but everyone can judge for their own. Have a good time with it. We will need something “cold” during the heat we are expecting here in Greece this summer!