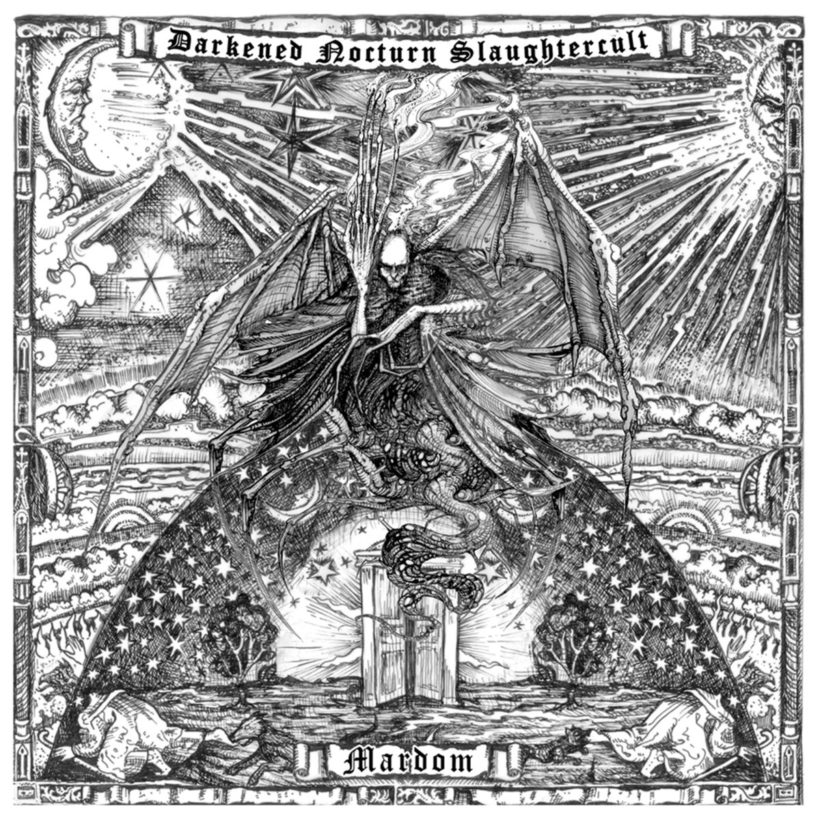 DARKENED NOCTURN SLAUGHTERCULT is a female-fronted German Black Metal quartet that has gained notoriety in the underground scene over the past twenty years and garnered a lot of attention without having to surface into the mainstream.

Born in the late 90s, DNS was inspired by black metal bands like IMMORTAL, GORGOROTH and DARK THRONE and decided to make a classic-raw sound in lines of the pre-mentioned bands, giving a touch of their own sound. Since their debut “The Pest Called Humanity”, they have already successfully released five studio albums till 2013.

Six years after the release of their previous album “Necrovision”, DNS’s sound in “Mardom” feels as if they are completely on top of their menacing and darkest Black Metal game, pushing forward and impelling the Black Metal genre like a storm!

The new album has 10 tracks of Black Metal distinction. While this might not be the heaviest album they have produced so far, it is most certainly one of their most powerful, frightening and obscure releases of at times!

“Mardom” is a classic sounding scandinavian inspired Black Metal album as, in the band’s own words: “almost forgotten traditions are kept firmly”. While that makes the album quite predictable, that doesn’t affect the album’s quality in terms of production and songwriting. The rawness and sheer darkness is the main asset here and you can be assured that you’ll feel like this release came straight from the abyss!

With “Mardom”, what you’ll get is a Black Metal record with pure dark intent and a beastly reincarnation of the classic scandinavian Black Metal sound!

V/A – Sign Of The Covenant Of Death (Compilation CD)