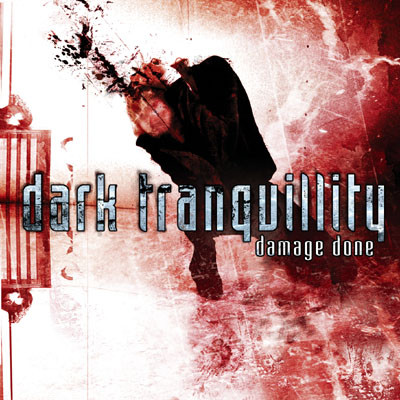 Who could expect that DARK TRANQUILLITY, three years after “Projector’s” attempt to eliminate every death metal element of their music, would release an album full of furious anger and with exclusively death metal vocals. Of course, there had been “Haven”(2000) in which they showed us a little bit of aggressiveness, however what’s happening in “Damage Done” is something non expectable but surely…acceptable!

The anger that flows from Mikael Stanne’s voice is similar to the musical direction the Swedish are willing to follow from now on. As usual, the melodies they had been composing so many years are still on top taking the first role, something that is obvious from the first second of “Damage Done”. The guitars, in combination with the intense presence of the keyboards, unchain riffs and melodies one after another maintaining the interest of the listener in the highest level. In the album, there are no extreme speeds as in “The Gallery” but this certainly is their most aggressive album since the “Mind’s I”.

The production is similar to this of “Haven” and “Projector” having been accomplished, for one more time, at studio Fredman. Referring to the twelve songs of this release, there are not many things to be said. Each one is better than the other…even the first full-length instrumental song from DARK TRANQUILLITY, “Ex Nihilo”, has his own beauty.

Every attempt to speak about songs like “Hours Passed In Exile”, “Monochromatic Stains”, “The Treason Wall”,  “Format c: For Vortex”, “Cathode Ray Sunshine” is useless and injustice for the other songs of the record. In a period that other groups make their music more commercial, DARK TRANQUILLITY smile and warn: “DAMAGE IS DONE”…