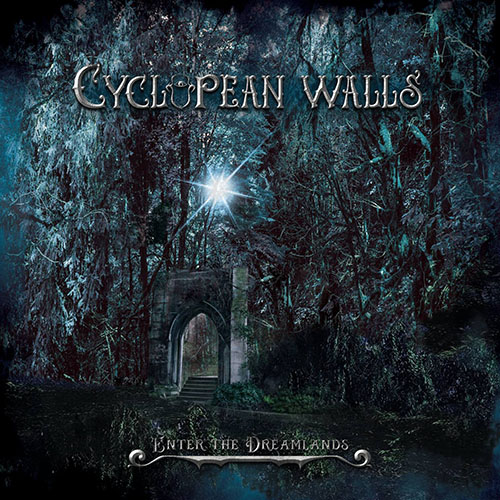 We have mentioned many times, many different things about the Greek metal community and its bands. We certainly recognize its value and its great offer to the genre from all idioms it serve. In the case of CYCLOPIAN WALLS, our scene does not claim absolute paternity, since the band would be more correct to be characterized as international, due to the many nationalities that one encounters in its composition, but the presence of the founder and main member of Giannis Tziallas, creates an inseparable bond with the scene and to some extent classifies it in it.

A new band, CYCLOPIAN WALLS, have so far on their catalog an EP, “Embrace The Mythos”, with four songs all inspired by the myth of Cthulhu of the great horror writer H. P. Lovecraft. This year the French-based band releases their first full-length album, “Enter The Dreamlands” and as its name suggests, this is what it intends to do to the listener, to introduce him to a nightmarish dream world, as in the two new songs, “Festival” and “The Garden” in which the band again sets to Lovecraft but also in the reruns of their four EP songs, “The Dweller In Darkness”, “The Church Of Starry Wisdom”, “Dagon” (from the album highlights) and “Sarnath” with clearly better results .

At the same time, Doom’s approach to the first steps of “The Doom That Came To Sarnath” shows a tendency of the band to explore paths outside the main Progressive Metal idiom they serve, with clear references and a mix of elements of the European and American scene of the 1990s – 2000s.

The album also has some surprises in store for its listeners, since in addition to its main members, where on vocals we find Raphael Gazal of the Americans LEVIATHAN, on drums Jonas Schultz and of course on guitars and bass Giannis Tziallas, various guest musicians have participated on the album and specifically Andrea Krux on female vocals, Hugo Lee on saxophone, Stylianos Amoridis on ENEMY OF REALITY and Stelios Anatolitis on guitars, but also a string quartet, ESESSION, who were invited to complete the structure of the album.

A very interesting and full debut from CYCLOPIAN WALLS, from whom we expect corresponding and even better jobs in the future.