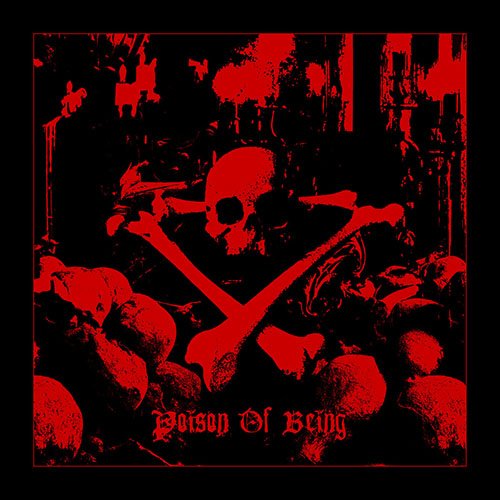 Poland and Black Metal are now absolute synonymous as Norway and Black Metal was in the 1990’s. . So, it’s time for the metal fans to meet CULTUM INTERITUM who are introduced to us with their debut album “Poison Of Being”. The band was formed in Matsowiecki, Poland in 2017 and has also released the demo “Sorgspell” in 2017 and the EP “Temple of Triumphant Death” in 2018.

“Poison Of Being” is a Black Metal manifesto, with War Metal aesthetics mixed with some Doom influences. The album starts in a suffocating black atmosphere which is maintained throughout its duration and is charming. The “hypnotic” melodies used by the Poles give an attractively sick dimension to the already dark compositions, while there are also explosions with fast parts highlighting the barbaric character of their music, as we had seen in their demo “Sorgspell”. The production is similar to the “rotting” feeling of the Black Metal music and the end result is six songs ready to take you on a nightmarish musical dimension of a debut album that will hardly be forgotten.

In their debut album we hear the Poles slightly different, compared to their previous releases, through which we can understand the musical evolution that we hear on the new album. While in theιr demo they sounded barbaric with faster rhythms, in the next EP we see the first signs of slower dark and melodic parts which are used more obviously in “Poison Of Being” by completing band’s musical vision. CULTUM INTERITUM offers us a good underground release with personality that is worth dealing with, getting lost in its dark paths…

Tarja – In The Raw