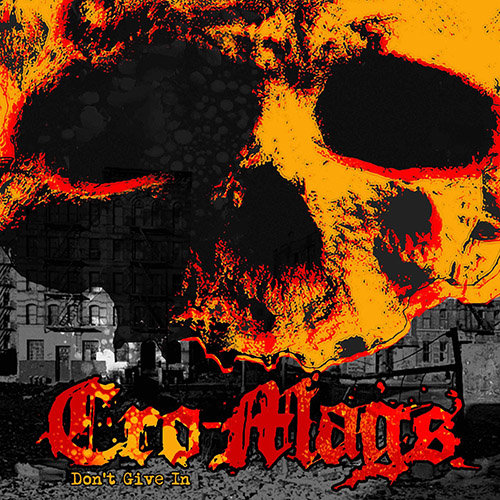 After legal disputes over the use of the name and many changes in the band’s line up, CRO-MAGS return with “Don’t Give In”. This EP features new songs, the band’s first ones in 19 years. CRO-MAGS are one of the most important bands of the american (New York) Hardcore scene because of their help in the evolution of  the sound by adding elements from the metal music. In addition, they have contributed in the evolution of American Thrash Metal, influencing a large number of musicians who have talked about them and the effect they have had on their sound. Therefore, their return with new material is very important news.

Together with the bassist and founding member Harley Flanagan, who also sings here, we find the guitarists Gabby Aburalach and Rocky George and the drummer Gary “G-Man” Sullivan. All of them have also been members of the band in the past, either on recordings or on live shows. Rocky George is well known to the metal audience from his participation in the golden age of SUICIDAL TENDENCIES.

The EP consists of three short songs that give us exactly what we want to hear. Old school hardcore, mostly in fast tempo without missing the mid-speed rhythmic points. Harley’s vocals are typically hardcore and angry. Very good work has been done on the guitars which are filled with melodies but without tiring and losing aggression. The production is massive and has a lot of bass but without altering the final result. We notice a lack of more Punk-Rock songs that were used in their earlier works, but that doesn’t bother us at all since what we hear now is pretty good material. If you like old-school Hardcore then you must check this one out.

Sorcerer – Lamenting Of The Innocent

Αgodea – Of Stars And Madmen