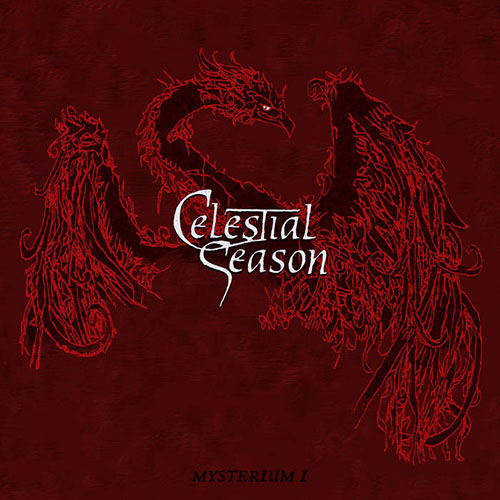 There is a great injustice regarding the genre of atmospheric Doom Death metal. And this is that beyond the classic Peaceville trio, other bands that also contributed into shaping that sound aren’t easily recognized.

One of these bands is the Dutch CELESTIAL SEASON where with their demo “The Promise” being released in 1992, just a year after the first demo of MY DYING BRIDE, they also became one of the primary bands of the most romantic side of Doom Death, mixing strings with their guitars and having a strong gothic atmosphere.

This lasted, of course, until the band discovered the magic mushrooms and made a change towards a more Stoner Rock path, thus leaving many of its fans with a slight disappointment. A disappointment that fortunately they came to rectify with their recent comeback and the amazing “The Secret Teachings” of 2020 with which they returned to the sound with which we loved them.

With the same line up and drummer Stefan Kohnen as the driving force, the Dutch continue from where they left us with their masterpiece two years ago. Melancholic melodies, slow and mid-tempo rhythms, mournful lead guitars, groovy riffs and of course the harsh vocals of Stefan Ruiters are the main components of “Mysterium I”.

The album puts you straight in the mood with “Black Water Mirrors” which opens with a sample from “Institute Benjamenta”, the cult first film of the Quay brothers. Atmospheric parts are accompanied by melancholic violins and alternate with more aggressive mid-tempo parts with heavy rhythm guitars taking us back to the mid-90s, in the golden age of atmospheric Doom Death Metal.

The whole album moves at similar levels and could easily have been the successor to 1995’s “Solar Lovers”, before the band “went astray”. The addictive groovy riff of “Sundown Transcends Us” is sure to stick in your mind, while the start of “Endgame” will surprise several fans. “All That Is Known” just before the end suggests the more psychedelic BEATLE moments of TROUBLE in a more Doom/Death version of course and the title track that majestically closes the album ideally marries the cello and the violin with the doomy guitars of Smit and van Zanen.

The Dutch cleverly kept the durations of the seven songs around five to six minutes, making sure that the compositions do not become too long or repetitive. Unfortunately, however, compared to its predecessor, the band does not take any risks on their new album, nor does it engage in any experimentation. As a result, the songs sound somewhat stagnant and the sound of the band has not taken the necessary step forward.

Celestial Season more than honor the Doom Death Metal of the 90s and “Mysterium I” will satisfy the fans of the band and those who loved bands such as MY DYING BRIDE of course but also early ANATHEMA and PARADISE LOST. But having heard two years ago what the band can offer, I can say that I expected something more from these guys this year.

Panzerfaust – The Suns Of Perdition / Chapter II: Render Unto Eden