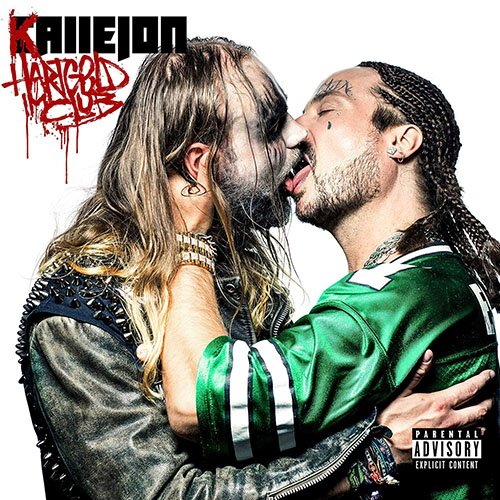 A German Metalcore band that covers rap / hip famous songs. After several auditions of this particular album, I think that this effort will become a “Hate It Or Love It” effort. Why wasn’t the famous “Love it Or Hate It” mentioned? I’m sure it will understand later on.

This particular band used to be a Metalcore band in the past (maybe in a macroscopic sense it still is). Since many bands change over the years, however, it was questionable how this particular album would sound. The music produced by this band here is quite crazy, uplifting, with a pary-like attitude. The term Nu Metal could describe this album just fine. The term “Heavier, but a lot worse LIMB BIZKIT” is even better.

CALLEJON is trying to cover several different tracks for sure. But covering well-known German Hip Hop and Rap well-known hits in a metal veil sounds definitely, not just ambitious, but maybe a little doomed to failure right from the start. It’s scary as an idea. Yes, they are trying (and maybe succeeding) to put themselves in most of them. But all you have to do is listen to Electro / Hip-Hop DEICHKIND’s “Arbeit nervt”, which doesn’t make you want to listen to it all, and the German “Wilst Du” by Rapper ALLIGATOAH, a super hit for its genre, which sounds awful enough. “Von Party zu Party”, from the women’s HIP-HOP duo, SXTN, which is a nice piece to be heard at a METAL or DANCE / TRANCE Party (?). “Party From Spain 3”, the bad version of LIMB BIZKIT we were talking earlier on.

“Hartdeld Im Club” is a failed experiment, not for any other reason, but mainly because even as a fan of METAL music, you always prefer to listen to the original tracks, even if they are music categories that you will never listen to. Not even a boring mediocrity. It’s an album that fails in nearly every aspect.

In Mourning – Garden Of Storms

Sinister – Deformation Of The Holy Realm

Emperor – Anthems To The Welkin At Dusk