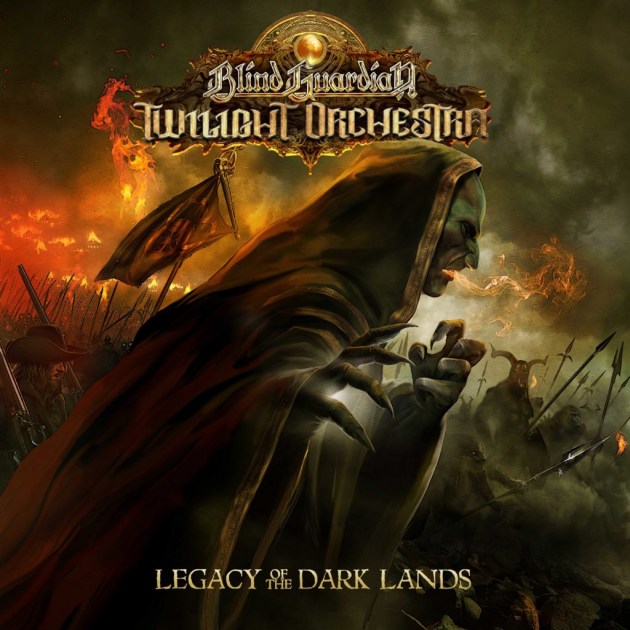 Their name is familiar to at least 99.9% of the people who have been involved, even for a little while, with the Metal scene. One of the most important bands of the European Power Metal scene, pioneers of the introduction of symphonic elements to their music, along with epic and folk parts, they ‘ve given us monumental albums, with themes based on Professor Tolkien’s beloved universe, fantastic places and times, traveling us where Narnia’s wardrobe would take us, through their music.

In this new venture, the great Germans, are depositing their own Magnum Opus, it is what they describe as a work of their life they have been working on in their minds from the era of their album “Nightfall in Middle-Earth”, whose direct successor might be this brand new “Legacy of the Dark Lands” album. Accompanying them in creating this album is the City of Prague Philharmonic Orchestra. As voice actors are some of the participants in the aforementioned ‘”Nightfall in Middle –Earth”, such as Normal Eshley and Douglas Fielding, who have been re-selected, something the listener will surely notice.

The theme of this new Concept album, set during the Thirty Years’ War in Central Europe in the 17th century, during the Protestant revolution against Emperor Ferdinand II, follows in the footsteps of his fantastic main character, Aenlin Solome Kane daughter of Solomon Kane, a character created by Robert Howard, as she tries to find her father’s lost treasure somewhere in the territory of the Holy Roman Empire. So, we have the epic concept, epic Hansi’s vocals, awesome compositions, worthy of the symphonic style of their new work, making a magnificent, captivating, cinematic and fascinating result. It could be the soundtrack of GUARDIAN’s history. The stamp of BLIND GUARDIAN’s characteristic sound in songs such as “This Storm”, “Point of No Return” and “In The Red Dwarf’s Tower” is indelible, but …

Difficult listening, very difficult maybe for those who haven’t trained their ears in listening to classical music discs, because BLIND GUARDIAN’s new album is not a metal album! We can see their distinctive style in the compositions, Hansi Kursch’s vocals might be there to remind us of what we hear, but that “Twilight Orchestra” under the band’s logo in the truly gorgeous artwork of not only the cover but the whole accompanying Booklet, is there to remind us that what we have here is not a typical GUARDIAN album.

Despite the absence of “metal”, “Legacy of the Dark Lands”, can still make you love it, it can travel you and fascinate you, if you just give it a chance. It is something truly unique, but at the same time it is an album that wants you to take your time to show its value.

The following rating is due to the absence of the metal element we mentioned, otherwise ……

Swallow the Sun – When A Shadow Is Forced Into The Light