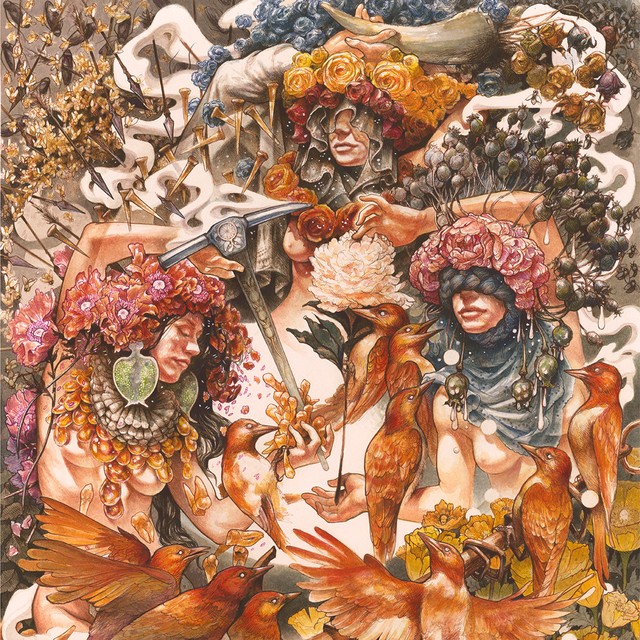 BARONESS are looking to find the “Gold inside the Grey” with their fifth album. The band seems to be continuing what they started with the superb “Purple” album but, at the same time, they tried to go a step further.

The new members – Nick Jost and Sebastian Thompson – have found their place in the group and the newly arrived Gina Gleeson brings with her a suitcase full of ideas. John Baizley aimed to combine elements of all their albums and create something fresh and perhaps even better than what he has done so far. And to a point he achieves it. “Gold & Grey” is the most ambitious album of the band. Quite experimental, like a big jam of ideas but without missing the catchy melodies and the pain-filled vocals of Baizley (who found the perfect partner in Gleeson’s voice). The quartet combines with great ease jazz, prog rock, space rock and alternative metal to create its very distinctive sound. Between each track there’s a small instrumental break where the band is experimenting with acoustic guitars, keyboards and strings, thus creating a wonderful musical feast.

On their quest to create their unique sound, they worked again with Dave Fridman to produce the album, who insists on his unorthodox ways, resulting in a layer of noise which “pollutes” the blissful music of BARONESS. This is a double album and consists of 17 songs. While it starts dynamically, with a series of inspired songs (“Seasons”, “Tourniquet”), it loses its momentum somewhere in the middle, but fortunately it manages to bring it back with the hypnotic “Pale Sun” as the last track.

For those who have found in the face of BARONESS one of the most interesting bands of the last decade, you will not be disappointed. The rest of you, if you’re looking for something different, just give it a chance…

Downcross – What Light Covers Not