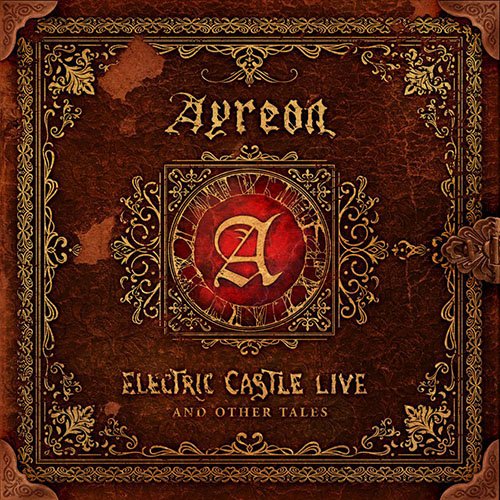 “Electric Castle Live And Other Tales” is a Live album and DVD / Blu-ray by Arjen Anthony Lucassen’s Progressive Rock / Metal Rock Opera project, released March 27, 2020. It is essentially a live studio album performance of 1998’s “Into The Electric Castle”, performed here as a real rock opera. It’s the recording of one of the four live performances between September 13 and September 15, 2019 in Tilburg, to celebrate the 20th anniversary of the original album in a similar way to “The Equation”.

The album is complemented by a selection of songs from other works by Lucassen. Highlights include “‘Shores Of India”‘ from “The Diary”‘ by THE GENTLE STORM band with Van Giersbergen, “Ashes”‘ from AMBEON’s “Fate Of A Dreamer”‘, “Out In The Real World” from “Embrace The Storm” from his former band STREAM OF PASSION, “Pink Beatles In A Purple Zeppelin” from his solo album “Lost In The New Real” and more, from his own work and collaborations.

The live performances of AYREON are truly magnificent and unique. Concerts that are definitely worthy to attend to. Fortunately, some of the concert’s magic, comes to us through their new CD / DVD / Blu-ray.