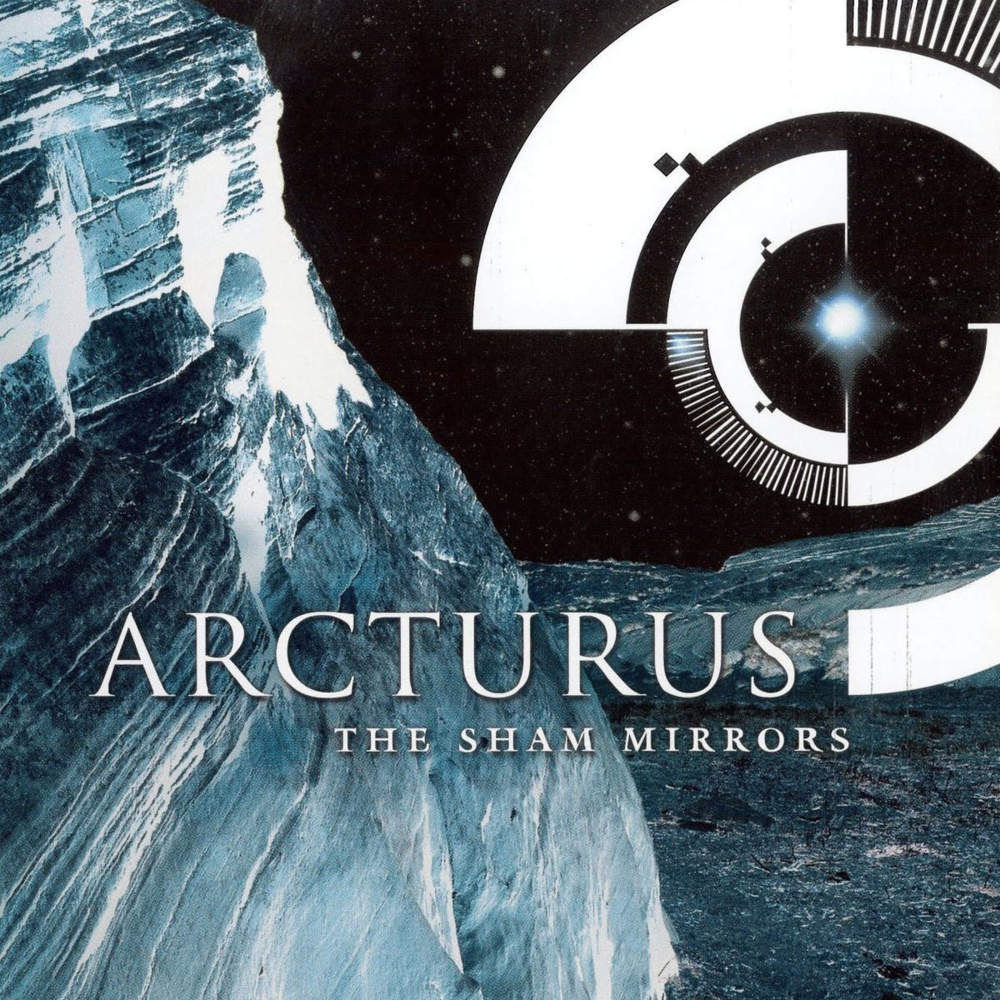 A great full-length album for this Norwegian all-star band that hears in the name of  ARCTURUS. A release that really handles the validity of the persons that made it come true. What can be said for the presence of Garm (ULVER,ARCTURUSa.m.o.) behind the microphone who, with his “insane” recitation, sometimes travels you away and others leads you into despair. What comments can be said for the “dreamy” arrangements of Steinard Sverd Johnsen (THE KOVENANT, ARCTURUS) and his “cyber-space” keyboard playing? As for Hellhammer (MAYHEM, ARCTURUS, THE KOVENANT) and his insanity in drumming, don’t worry, it remains unchangeable in time!

Speaking for the “The Sham Mirrors” every style and genre loses it’s meaning. Even though it doesn’t have to do with pure black metal style, the whole sensation that’s revealed is as dark as the Norwegian’s souls. The absence of black metal screams in combination with Trickster G.Rex’s (as Garm is likes to be called now) “insane” voice, makes new conditions in the coalition of voice and music, fact that holds the listener’s interest invariable. Certainly the presence of EMPEROR’s Ihsahn as guest singer in “Radical cut” holds the black metal flag “high in the air”. Keyboards are really having a major role, giving a unique atmospherical dimension to the banquet of “The Sham Mirrors”. The production is proper for what ARCTURUS want to pass through (it could be a little better, however this one doesn’t stand as a problem).

Generally, congratulations to the guys! You don’t need further explanations. “The Sham Mirrors” was composed to  be part of  Ηeavy Μetal’s new generation Εlite!!!