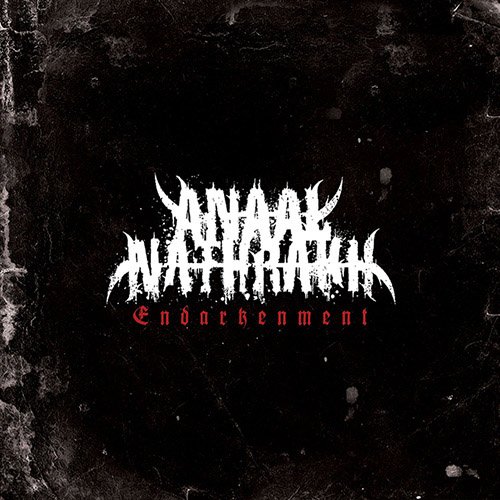 The British ANAAL NATHRAKH is a quite unique band. Since its first effort “The Codex Necro”, it has already managed to stand out due to this “paranoic” sound. The band started as a Black/Grindcore Metal act which, during all those years of existence, added some new elements (mainly industrial and clean vocals). This had as a result the creation of the masterpiece “Eschaton” album, back in 2006, an album which presented us a “sick” musical vision in its entireness! In the coming years, the band sees its name growing up, with numerous quality releases and flattening live performances. So, in 2020 two years after “A New Kind of Horror”, ANAAL NATHRAKH return with a new album entitled “Endarkenment”, managing to give us once again compositions of violence and destruction.

Without unnecessary introductions, the title track begins the attack and opens the gates of chaos! The record is stormy with the Death/Black/riffs tearing flesh and the drums pounding like a machine gun, while the electronic and industrial elements make their appearance again by dressing the songs, creating at the same time a nightmarishly dark atmosphere. The element that constitutes the main ANAAL NATHRAKH’s characteristic is V.I.T.R.I.O.L’s clean-almost Power Metal-vocals in each compositions’ choruses. In the new album his performance impresses with the range of his vocal chords, ranging from Dani Filth’s to King Diamong’s voice! The band has found the ideal formula as it walks through “safe” music paths, offering us quality extreme metal compositions.

“Endarkenment” is not particularly different from the band’s typical musical style. It remains dark and extreme, giving at the same time their most accessible release. ANAAL NATHRAKH is a band that has not released to date (and I don’t think it will ever happen), a mediocre album, so this year album is no exception. For 21 years the duo of Irrumator and V.I.T.R.I.O.L. has been guided by its personal musical perception and, through it’s social and philosophical nihilism, it remains committed to the sonic chaos it has created. So, in a year when the world is on fire, ANAAL NATHRAKH emerge from the abyss to offer us the ideal nightmarish soundtrack of 2020!