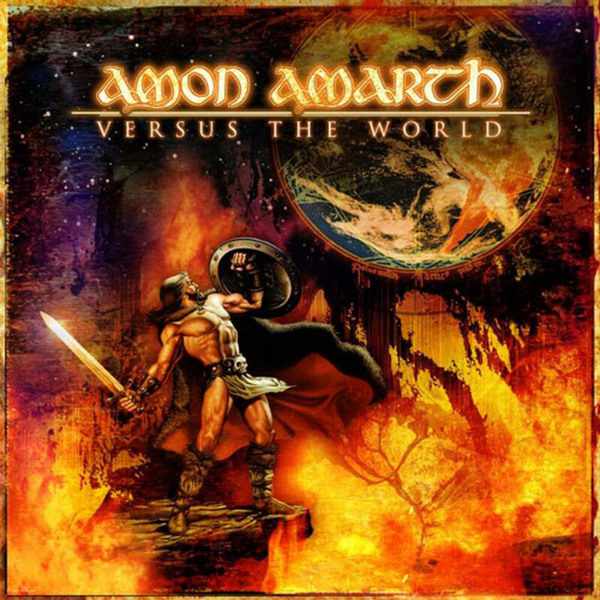 Even the most fanatic follower of AMON AMARTH couldn’t imagine this victorious come-back from the “Barbarian Kings”… After two middle averaged releases and while celebrating their 10th year of existence, the Viking warriors chose to create a musical composition that could only be compared with their very first colossal album!

Basing their lyrical concept on the end of the world in northern mythology, the musical directions of their new album “Versus the World” couldn’t be dissimilar to a kind of epic-barbaric death metal, full of indelible melodies and harmonies. Holding their trademark-on-time called brutality, the Swedes created nine mainly mid-tempo-ed epical songs escaping from the cliché of their two last albums. Low tuned Death Metal vocs, heavy melodic guitars, supersonic double bass drumming but still mid tempo-ed grooves, all so tide…

It’s obvious that this particular production wasn’t handled by Peter Tagtgren (due to his lack of free time) but luckily for AMON AMARTH it was made from Berno (prod. to HAUNTED, VOMITORY, THE CROWN) at Berno studios (Malmo – Southern Sweden) managing to create the most suitable sound for them till now. This massive and clear production leaves no question at all!

In conclusion, here we have one of the best albums in its genre so many words are useless…Run to buy the special Viking edition with an extra cd full of anniversary stuff!!! Still here???