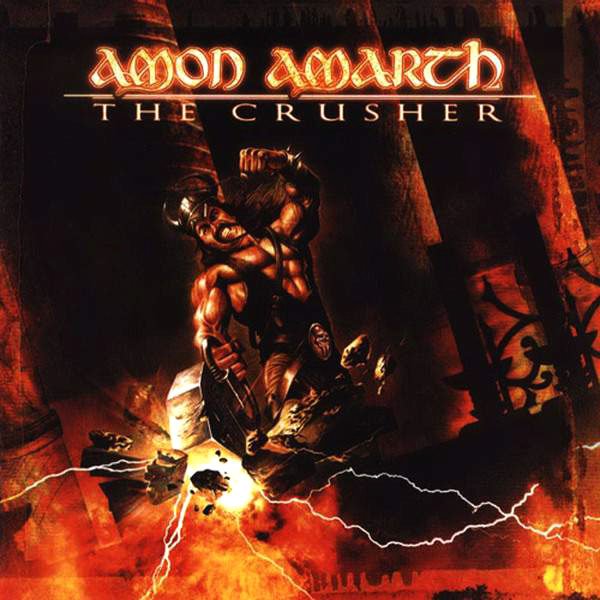 The fellowship of Stockholm strikes again! Refreshed indeed, probably due to the “polar cold” they have in their country, they manage to overcome the mediocrity of “The Avenger” and release something really strong! Evoking the wrath that stems from deep inside their heart, AMON AMARTH declaring the war against HAMMERFALL …. sorry I’m confused ….  sweep everything in their path, I just wanted to say!

The album sounds exactly as the previous one – studio Abyss and the famous Peter Tagtgren is there once again. Besides that, the connection with the previous album is sealed with the cover, which reminds – by the colours – the one that |”The Avenger” had. The pleasant difference oo the new album, is in the composing part, since all of its 9 songs have great interest. Far away from the boredom that prevailed in the “The Avenger”.

With an unjustified rage against Christians, AMON AMARTH manage to create the well known Swedish sound, provided so raw and furious as few others do (e.g. A CANOROUS QUINTET). Just forget the sweet little melodies of “Once Sent From The Golden Hall” and let yourselves in the new angry face of the Swedes.

The album starts dynamically with «Bastards Of A Lying Breed», which is dedicated to … you know where! Double-bass drums in its full range, filled with fury. The same appears in the majority of the songs, where the well-known Death voice of Johan Hegg leaves its mark. The only exception is the “As Long As The Raven Flies” song, which reminds me a little bit of … HAMMERFALL (OK, don’t shoot!! Just a joke!!)

“The Crusher” is a totally complete album and should be released two years ago, in the place of “The Avenger”. But no worries, shit happens. Not to forget, the limited edition of the CD, will contain as a bonus track the “Eyes Of Horror” of the creators of the Death Metal scene, POSSESED. Ηighly recommended to those who feel insecure lately….

P.S. The initial publication of this review was in the Greek METAL INVADER Magazine – Issue 54, April 2001.

Obsecration – Onwards The Mystic Paths Of The Dead