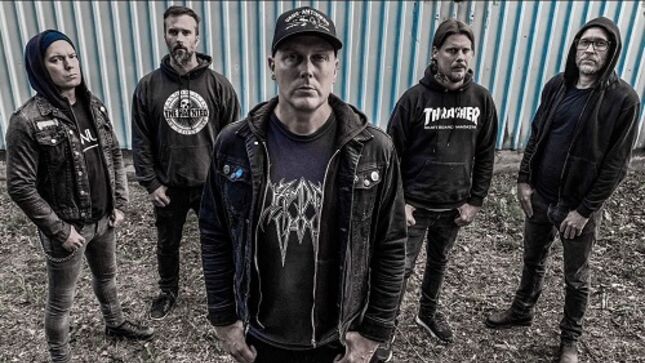 Swedish Melodic Death Metallers ABLAZE MY SORROW, have announced the release of their upcoming EP, “The Loss Of All Hope”. The EP will be out on January 27th, 2023 via Black Lion Records.

The band comments: “We have been sharpening our melodic death metal for 30 years now. ‘The Loss Of All Hope’ is a brand new four track EP where melodies, heavy riffs and sheer aggression is combined with expressions of despair, dystopian nightmares and misanthropic hopelessness.”

ABLAZE MY SORROW is a Melodic Death Metal band from Falkenberg, Sweden. The group formed in 1993, released three full-length albums for No Fashion Records through several lineup changes, and received significant exposure among Metal press outlets before disbanding in August 2006. In January 2013 the band reunited.

“The Loss Of All Hope” track listing:

SUNDROWNED released a new track from their upcoming album “Ethereal”.