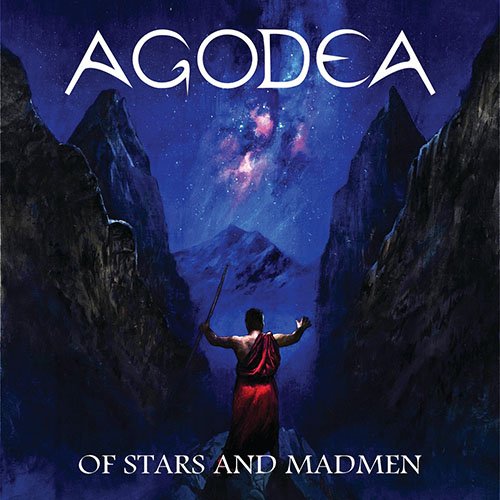 AGODEA is a relatively new band from Athens formed in 2017. “Of Stars And Madmen” is their first full lenght album since the 2017 self titled demo. The album consists of 6 Melodic Death Metal songs (4 new tracks plus two from their demo).

Main role in the album play the furious guitars with their melodies, which are influenced by the Swedish melodic Death Metal as also by IRON MAIDEN and DEATH of the “Symbolic” era, a fact that the fans of this particular sound will enjoy the most! In this album there is a balance between fast and mid-tempo parts. As the speed is increased, the drums are sounded like a machine gun, while breakdowns remind us the good old times of AT THE GATES and IN FLAMES. The production is appropriate for that style of music, in order to highlight the quality of the songs and the musical ability of AGODEA’s members.

AGODEA ‘s debut is very good, the band sounds passionate and will lure you with its furious rhythm. Really interesting compositions with nice melodies make “Of Stars and Madmen” stand out. This is an album that all fans of extreme melodic metal should check out. AGODEA is the next big thing in Greek melodic Death Metal scene…

Tribulation – Where The Gloom Becomes Sound